Student contributes to over $6 million raised for Ukraine 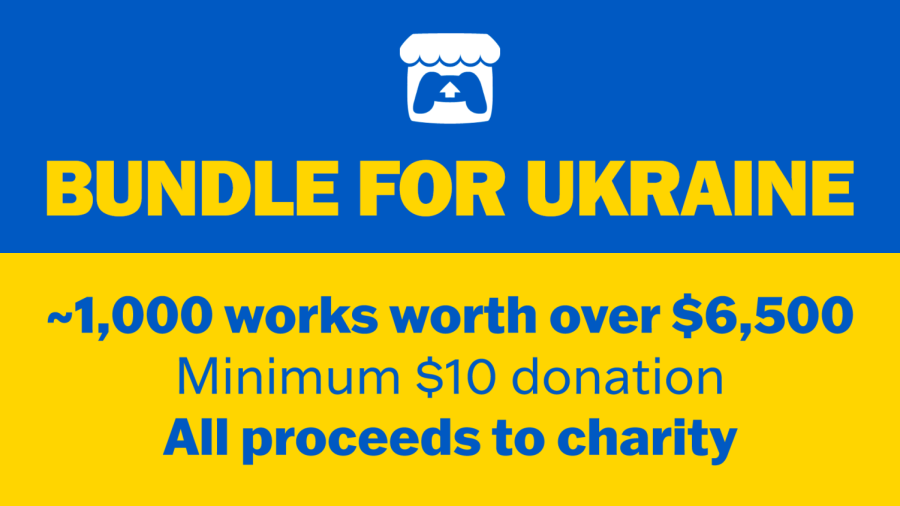 Tye Abbott ’23 has had a passion for computer science and video game development since first playing video games around the age of 5. In the past, he has released two video games of his own, “Lucid: Parables of the Ubermensch,” and “RD Mars.” Abbott has also worked previously with the website “itch.io,” where independent digital creators have the ability to sell the content that they have created.

This platform has held other fundraisers, such as one for reproductive rights (with proceeds donated to Planned Parenthood and the National Network of Abortion Funds), and another for racial justice (with proceeds donated to NAACP Legal Defense and Educational Fund and Community Bail Fund). Although recently, due to the conflict in Ukraine, a grouping of games hosted by Necrosoft Games raised funds for medical assistance in the region through the International Medical Corps, and a Ukrainian organization that helps children cope with the horrors of war, “Voices of Children.”Abbott listed three of his games in the bundle dedicated to helping Ukraine.

“[When] community leaders sent out a message to a group chat, I was not expecting how many downloads [there would be] and how much money would be raised,” Abbott said. “It seemed like the morally correct thing to do.”

By selling their products collectively for a lower price than the market rate, game developers are able to attract more attention in a bundle rather than separately. By March 18, $6,370,662 million was raised from 736 creators.

“As game developers we want to create new worlds, not to destroy the one we have,”  Necrosoft Games posted on the bundle’s page. “That’s why we’ve banded together to present this charity bundle to help Ukrainians survive this ordeal and thrive after the war ends.”

With access to nearly 1,000 games after a purchase dedicated to Ukraine, more than 600 products donated by creators have never been in a bundle before, Necrosoft Games wrote. Despite the fundraiser for Ukraine that ended, as well as the racial justice fundraiser that ended on June 16, 2020 with $8,149,814 million raised, the group of products available to raise money for reproductive rights is ongoing.

“Generally in life, I like to have fun with things,” Abbott said. “I’m not a very serious person, but there are two things [that] I take seriously: my creative work, and the moral imperative to help people who need it.”