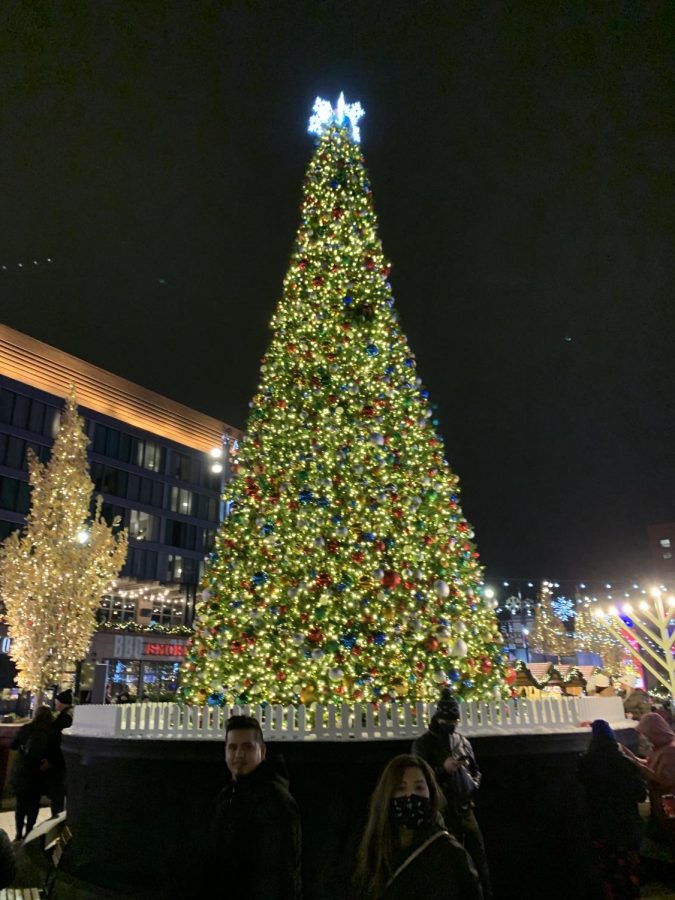 The 25th annual Christkindlmarket once again livens up the streets of downtown Chicago, after a gap year due to COVID-19, where the event was completely virtual. Two locations have opened up this year in the city, Daley Plaza and Wrigleyville, which are both open from 11 a.m. to 8 p.m. The markets feature a wide variety of German culture, including food, traditional clothes, ornaments and other trinkets available for purchase at the numerous stands.

We originally planned to go to the market at the plaza. However, due to the COVID-19 safety restrictions, the limited number of people allowed in at a time caused long waits. When we arrived at 4 p.m., the line to enter wrapped around the entire city block and was rapidly growing by the second. Looking inside, the market seemed crowded despite the restrictions. We decided it would be a better use of our time to try the Wrigleyville market later that day.

The Wrigleyville market had no line or wait to enter, and the only difference was that it was slightly smaller. Within the market was a whirlwind of lively holiday festivities. There were twinkling lights, photo booths, an ice rink, dozens of tiny stands with different products to offer, and a beautiful Christmas tree with outdoor seating around it. You have to bring your own skates for the ice skating rink, which was disappointing, but overall, the market was a stress free destination.

Of course the first thing we had to do was get this year’s mug, which came with any beverage. We bought warm apple cider ($7), which tasted amazing and was much needed to combat the cold Chicago winter. The price was definitely reasonable, as you get the 25th anniversary mug (or a cute penguin mug if you choose), and refills are only $5 with the mug. While the mug was slightly disheartening, as it wasn’t in it’s iconic shape of a boot, the details are still high quality. The longest line was for food, which was a variety of German food such as potato pancakes and brats ($10). The food was filling, full of flavor, and different from the kind of foods we normally eat.The overall atmosphere of the market was relaxing; everyone seemed to be in a good mood despite the cold temperatures.

You definitely don’t need to spend a long time at the market. The Christkindlmarket is a perfect day trip for families and friends. If you’re planning on attending the market, we recommend you go early, or allot yourself plenty of time for possible lines.