New leaders reflect on impact of fashion on their lives, at LT 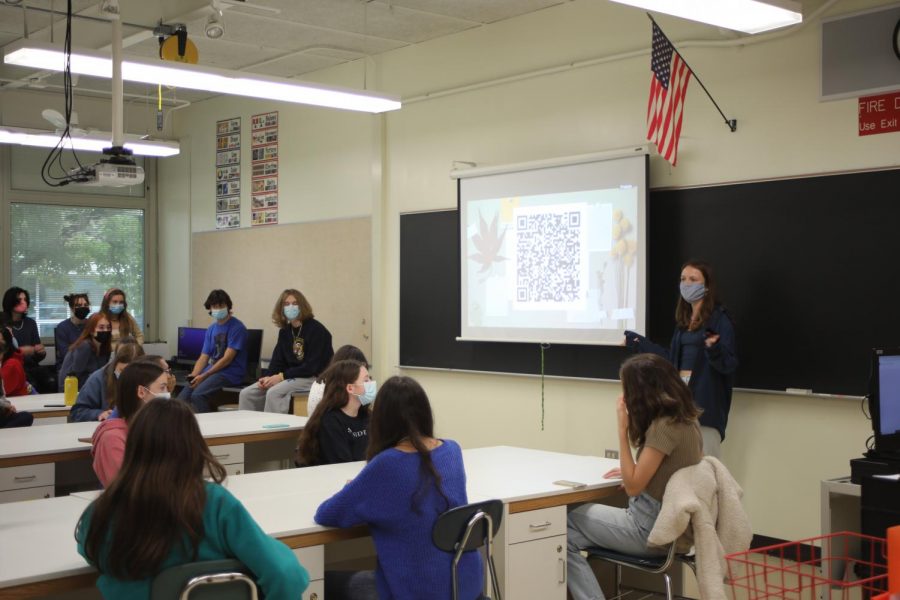 The Fashion club had its first meeting of the school year on Wednesday, Oct. 20. It is different from previous years in that it was not an official club, having previously been in a prototype form. This time around, club members will have more of a say in planning events for the group, co-leader Catie Ramicone ‘22 said.

“I would recommend anyone come to the club if you want to learn the practical life skill of sewing, want to improve your style, enjoy dressing up or just enjoy fashion,” Ramicone said.

Since joining fashion club, Ramicone has learned a lot and discovered new career paths. She has felt inspired to step out of her comfort zone in the way she dresses, doing so more for fun, she said.

“[Fashion] has allowed me to express myself,” Ramicone said. “I used to be very scared to express myself through fashion, but more recently, I’ve gone with whatever I want to wear and I’ve felt confident doing it.”

Anybody with any interest in the world of fashion is welcome to join, club sponsor Lauren Gjini said. The meetings are every Wednesday after school at SC in room D133, and are a space for students to not only sketch or run a fashion show, but also hang out, listen to music, all with like minded people with similar interests.

“[The club] is really student-centered,” Gjini said. “I’m there to facilitate, let students use my room, and give knowledge where needed. But at the end of the day, I really like students to do what they are interested in, to have fun and be creative, and just have a space and time for them to do that.”

Co-leader Ellie Schierl ‘23 first joined Fashion club because of her interest in art and fashion, Schierl said. Since joining the club, she has become more conscious about sustainability and being able to reuse her old clothing.

“I shop much less now,” Schierl said. “If I want new clothes, I’ll alter an old piece of clothing or repurpose something that I haven’t been using for a while.”

The club is currently planning multiple events for the school year, including the annual fashion show and field trips to local thrift stores, Schierl said.

“It’s hard to step outside of your comfort zone, but I think fashion allows people to do that, because we make an impression without ever saying anything, just by the way we look,” Gjini said. “I think that’s a cool way that fashion can make that first impression. Students get to show their personality and who they are before ever speaking.”