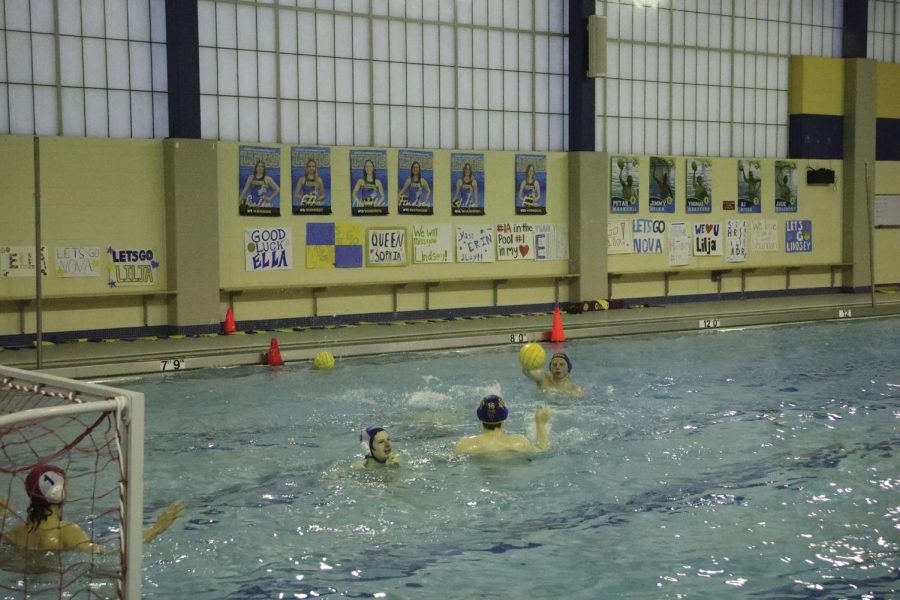 With the spring season approaching, boys water polo has started, and the team has been bringing lots of success. The team has a record of 18-1 as of April 26, and are currently the number two team in state, according to MaxPreps. The boys have a long season ahead, but aim to keep that number one ranking the whole year and win state.

“We definitely want to win state,” Jack Bradbury ‘22 said. “We got second last year and want to place first this time.”

With tough competition coming up on the road to state, the team has been preparing in practice all season long to meet their goal.

“A typical practice is conditioning either anaerobic or aerobic with technical skills, or individual drills and building into smaller groups and game situations,” head varsity coach Doug Eichstaedt said. “We [use] previous games to identify the areas we want to improve and practice to attack a zone defense.”

Another aspect of winning games is team chemistry and how the team gets along with each other.

“We all take it very seriously, but we are pretty light-hearted about it,” Bradbury said. “We like the competition, but having fun is really what we want out of the team.”

The team is composed of sophomore to senior boys, according to the official roster from MaxPreps. With players of all ages, the team needs to be able to work with teammates from different grade levels.

“I look up to several people on this team who have accepted me as a big role on the team, and acknowledge my success,” Brendan Whelton ‘24 said. “I’ve known [Bradbury] for seven years now, and he’s [had] a huge impact on the team and others. The bond I have with him is extraordinary, and he teaches me powerful moves to carry on in my career.”

Another goal for the team is to win conference and sectionals, Eichstaedt said.

“We want to win conference in early May and our goal is to win sectionals to get to the state tournament this year,” Eichstaedt said. “We have pretty high expectations from year to year.”

Through their success, the team has been able to trust that there will be many victories throughout the rest of the season.

“I am very confident in this team, we have numerous outstanding players that I look up to,” Whelton said. “Last year was a bit different because of [COVID-19], which restricted some of our players to sit out, but now that we are more aware of what is going on around us, we can work well as a team.”

While coaching a team with such success, Eichstaedt has an important role to play in order to make sure the team has all the resources they need.

“My role is to put them in the best position to be successful,” Eichstaedt said. “My goal is for them to play the best as a team, and organizing practices and game planning is how I [fulfill] that role.”

The team also has some individual player successes; Bradbury has committed to California Lutheran University to play DIII water polo.

“I’m very grateful, it’s something I don’t want to be without in college, and I’m happy to be playing at an even higher level,” Bradbury said.

The state tournament starts May 19 and ends May 21.