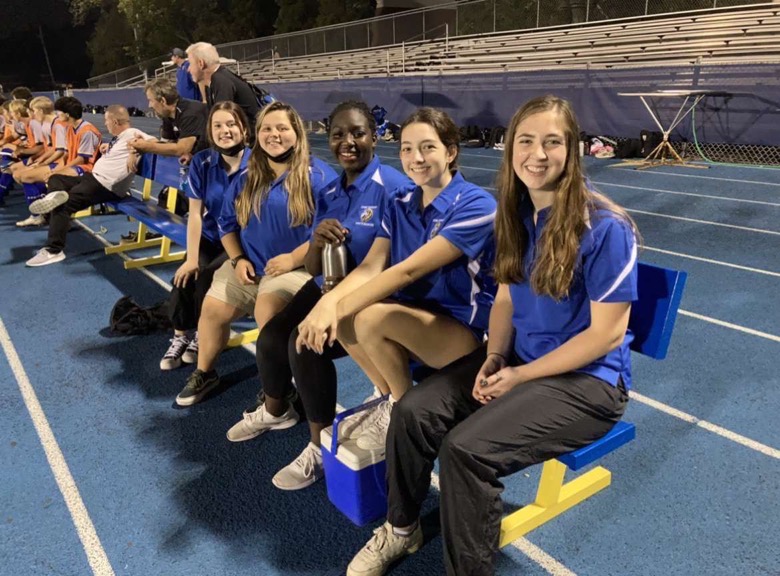 In late March, the LT athletic trainers were recognized for their hard work and accomplishments with the student-athletes of LT. They are able to get athletes into a smooth recovery from any injury and back in their sport as soon as possible, Dryden Hall ‘22 said.

Buddy’s HELPERS, a program designed to get high school student-athletes more involved with their community, awarded the group of trainers with the high honor of “making a difference on and off the field,” according to the award sign.

“It felt great to see Robert Fichter, Kristine Vins, and Amanda Buchanan getting honored,” Hall said. “As we move back into a normal season, they make sure that our athletes, and even us student trainers, are staying physically and mentally healthy and show a lot of hard work, dedication, and kindness to every athlete.”

As one of the honorees, Fitcher believes the LT sports medicine staff works very hard behind the scenes to provide medical care to our student-athletes every day.

“It was an honor to be in the limelight and to be recognized for the work that we do–both for the physical and the mental aspects of injury,” Fitcher said.

With LT being one of the larger highschools in Illinois with about 4,000 students, multiple sports are played year-round, with most having two to three teams within the program. Scheduling can become challenging, especially with the students, because many of them have other things going on outside of student training, Hall said.

“We have our game/meet schedule that consists of the trainers that will be working the game/meet,” Hall said. “Communicating between the head [trainer] and student trainers is important. If a student trainer is able to communicate that they won’t be available for a game, then the head trainers can find someone to take their place.”

At the start of COVID-19, both athletic training rooms were relocated in open areas and athlete hydration was a big challenge due to water coolers and team water bottle sets not being used, Fitcher said. The group has luckily been able to move past this, but are now in their busiest season.

“The most challenging season is the spring season at the SC and this is due to the number of sports being played at the same time outdoors,” Fitcher said.

As part of the program, the athletic trainers train students, so they are able to be available for assistance during practice and games, Fitcher said. They train the students in emergency response techniques, first aid, and certify them in specific taping/bracing skills. The more experienced student athletic trainers aid, educate, and work with the new staff to develop their skills.