Bond between teammates creates path for victory during Senior Night 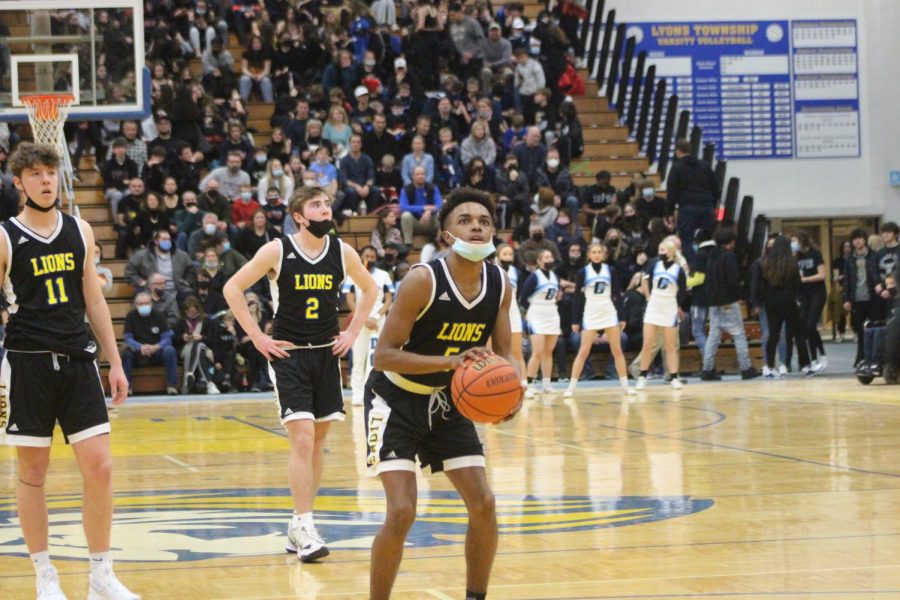 The DGS coach instructed the team from the sidelines, allowing for a strong start over LT. DGS maintained a lead of at least two points throughout the entirety of the first quarter, the final score being 8-12.

The second quarter featured both teams adding to their point totals. LT gradually decreased DGS’s lead until Niklas Polonowski ‘23 sank a three point shot to make the score 23-23, with two minutes and 53 seconds left in the quarter. The final score going into halftime was 31-28, permanently turning the tide of the game in favor of LT.

The halftime show performances from Poms, Steppers, and both competitive and spirit cheerleading teams were fan favorites. The steppers had an audio issue, but fed off the crowd’s enthusiasm and improvised a performance for those in attendance. When the elongated halftime came to a close, the third and fourth quarters remained stagnant, with LT holding onto its lead. The final score at the end of the third quarter was 44-35, and the final buzzer sounded with a final score of 58-47.

The Blackout Game also served as the annual senior night for players, and was the last time they played in a regular season home game.

“The seniors put in so much work and are great role models and leaders for the team,” Jackson Niego ‘23 said. “For them to play great and get a win on senior night was awesome.”

Some members of the team were simply grateful to have the opportunity to play in a game they had known for so long, Polonowski said.

“I remember watching guys like Tyrese Shines ‘19, Connor Niego ‘17, Jaquan Phipps ‘15, and others and saying to myself, ‘I want to be out there one day,’” Polonowski said. “It’s always been a dream of mine to play on that stage, and to accomplish that is surreal.”

The biggest source of emotion, according to Polonowski and Niego, was the bond created between the teammates.

“The team over the last couple of months has formed into a family, and there’s so many great things that come out of that,” Polonowski said. “These guys have become more than just teammates to me and I’m so grateful for that.”