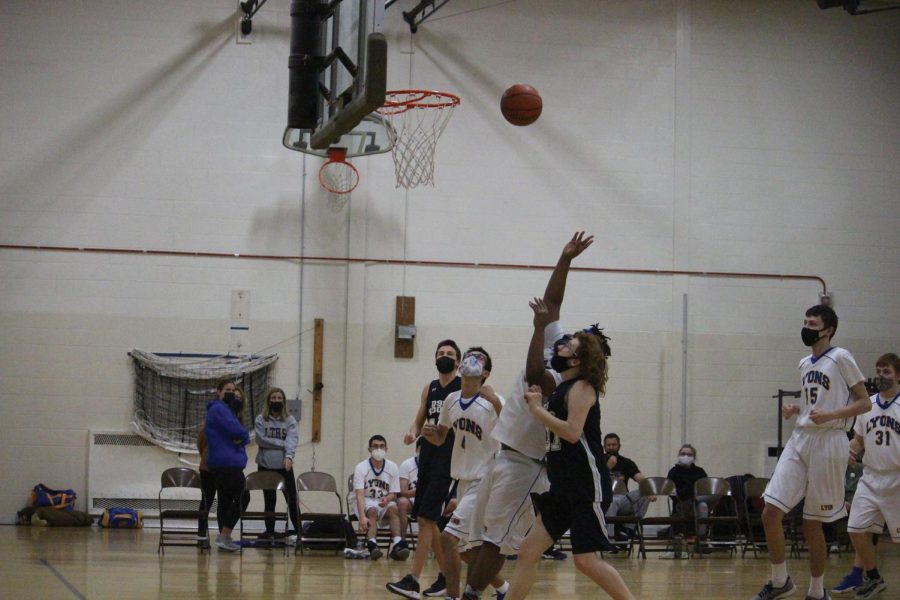 The Special Olympics basketball season started on Oct. 19, and this season, the players and coaches are back in-person with a lineup of games ahead after being virtual last year due to COVID-19.

The student-athletes are on three teams— blue, gold, and white—which are based on skill level. The blue team had its first home game against Willowbrook on Nov. 18. However, the program is more than just playing basketball to those on the team.

“To me, being on the Special Olympics basketball team is about help[ing me] learn new skills,” Kendall Wright ‘19 said. “[It’s about] helping my teammates, cheering for my teammates, and having lots of fun.”

The program and teams were created to make sure everyone had the opportunity to be a part of the athletic programs at LT. The teams give all athletes a chance to play other schools, like Hinsdale Central and Glenbard South. Players are looking forward to big games such as Naperville Central, Wright said. A major part of the program is developing the athletes’ skills and other important life skills.

“I love coaching,” head coach Emma Colangelo said. “It gives me an opportunity to work with kids and develop their skills and confidence.”

Players in the program have opportunities to meet new people and play with different teammates..

“My favorite part of the Special Olympics is having fun experiences with coaches and teammates,” Wright said. “The bond I have with my teammates is knowing that we have fun cheering each other on, making new friends, and making sure we have good sportsmanship.”

The athletes have a bond with the coaches, learn to develop new skills, and practice good sportsmanship, Wright said.

“The athletes love to play basketball,” Colangelo said. “Being able to set this season up and watch them play in-person again has been amazing.”

Older members of the team help newer teammates with skills and how to be a part of the team.

“The most memorable moment I have being a part of the program is teaching my teammates to learn how to pass, shoot, rebound, play defense and dribble,” Wright said.

To the players, the program is about having fun with their friends and teammates while playing basketball. But to the coaches, it has a much deeper meaning.

“It has helped me to see kids learn and grow outside of the classroom setting,” Colangelo said.

The team had multiple exciting games throughout December, such as the LT white vs. Hinsdale South black game with a close loss of 21-25, which took place on Thursday, Dec. 2 at 6 p.m. in the SC upper gym.