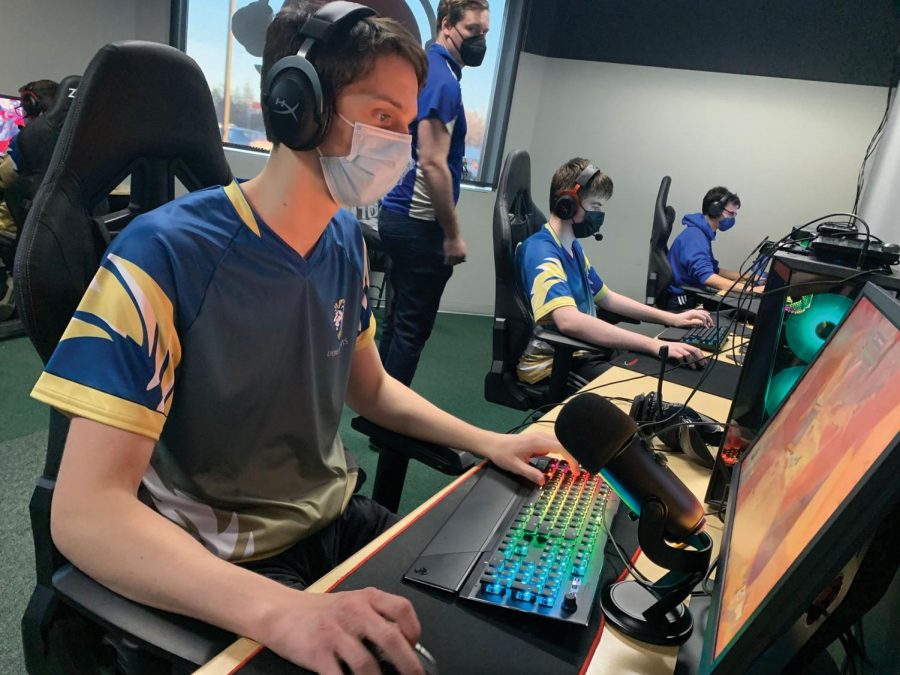 The eSports club has been coming together every Wednesday to work on communication, teamwork, and endless gaming strategies for the fourth year now. The club, which debuted in December of 2017, arose from the uproar of excitement stemming from the release of the most popular game at the time, Fortnite.

After surveying multiple classes of students, the decision to start the club was clear. Their first meeting had an attendance of over 100 students, who were willing to do nothing but play video games.

One of the club’s sponsors, Joshua Nabasny, played video games in high school and competed in Local Area Network (LAN) tournaments, where he would bring his whole personal computer (PC) and monitor to play. At the time, there was no such thing as professional video gaming or eSports. There was no endgame, or final level when he played, which is why Nabasny was so excited about starting this club.

“Some of the best memories I have from growing up were at those tournaments,” Nabasny said. “I want to provide that for our students.”

The six games played at the club–Fortnite, Super Smash Brothers Ultimate, Overwatch, Valorant, Rocket League, and League of Legends–are all played at the college level. Students have the opportunity to get full ride scholarships to colleges like Illinois State University, Illinois Wesleyan University and Robert Morris College. According to Nabasny, they are changing the club to be run more like a sport. This entails having a varsity and junior varsity team for each of the six games they play, and running the club year round. They are also building an eSports arena in the Corral, as they received a grant from the PTC, he said.

“At practice, we focus on the communication in the game to make sure the team works together as fluidly as possible,” Nabasny said.

There is no set strategy when it comes to competitive video games, Nabasny said. Every team has a different play style and has to adapt to different situations quickly. They look at the situation that may be encountered in a game and how they should react to them. Although there are constantly changing strategies in games, most teams continue to stay consistent with the way they play. This allows them to adapt a good counter strategy against those teams.

Along with Nabasny, Jordan Engelhardt also sponsors the club. Engelhardt looks forward to the weekly practices and matches. During practices, he enjoys helping the kids strategize and improve their gaming skills. Both Engelhardt and Nabasny are focused on their main goal, becoming state champions, and simply having a fun and competitive year, they said.

“I am excited to see the kids use their skill sets to win competitions,” Engelhardt said. “[The kids] can possibly get college scholarships.”

Boston Fine ‘25 is currently on their Overwatch team, consisting of some of the top ranked players in the world, Nabasny said. Fine has been playing Overwatch for over three years and met his team a year and a half ago, but just joined the team three months ago. While he sets the goal for practices to simply focus on what his overall job is in the game and what he needs to do to win every fight, his overall goal this year is to go from rank four to rank one on the leaderboard, he said. As a freshman, Fine is already looking to further his gaming career by getting a scholarship to a college with a good Overwatch team.

“There are too many LT students who stand out in this club because they are skilled at something that not everyone can do,” Nabasny said.