Team comments on goals for the upcoming season 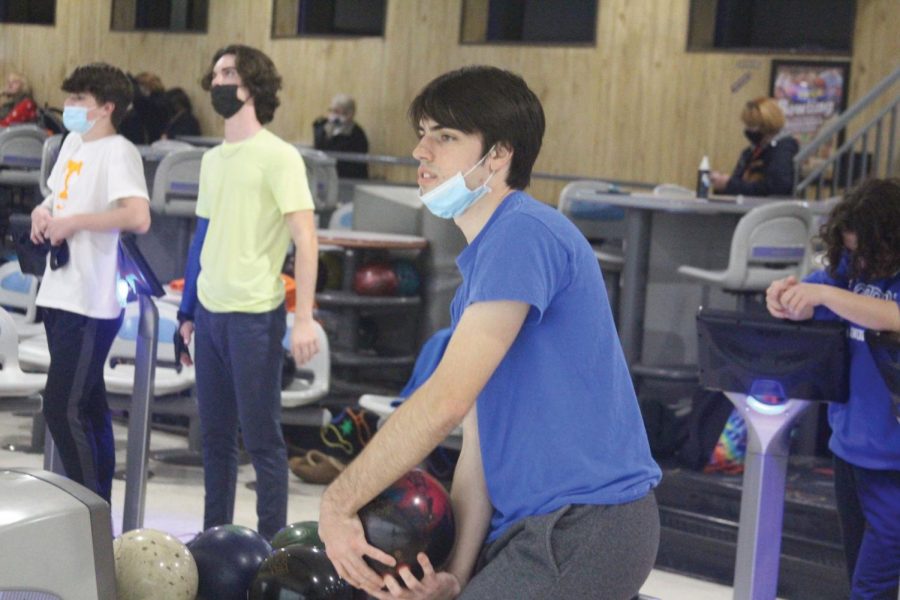 With LT bowling back in their regular, full season, the team hopes to play strong enough to make it to the state competition, as they were not able to compete last year due to COVID-19.

Jack Pochocki ‘22 was able to play during the season last year, but competitions were limited, as the group was only able to compete within their conference. This year, Pockocki hopes for a stronger season and more wins from the team.

“Last season was cool, playing a few different schools,” Pochocki said. “It was nothing compared to a full season, and the season we hope to have this year.”

Last season, the team had to practice in two different groups due to COVID-19 restrictions, Thomas Hennessy ‘23 said.

“This year, it’s going to feel nice to have a normal season and actually have the whole team practice together,” Hennessy said.

Knowing he wanted his team to perform well this season, varsity head coach Gary Morrill talked to top bowlers on last year’s team, and made sure they bowled together over the summer.

“I wanted to make sure that they would work on mechanics and not just bowl,” Morill said. “I was happy to find out that a good number of them did this.”

Pochocki’s personal goal is to be averaging 190 points by the end of the season and qualify for state individually and as a team, he said. With a heavy senior roster on varsity, he hopes to be able to accomplish this.

“We got one last shot at this, and we want to make it count,” Pochocki said.

Morrill hopes that this upcoming season will rebuild not only the team’s competitiveness, but also fix what COVID-19 took away from them, which is turning a group of bowlers into a close group of friends, he said. The team is usually able to have team bonding in the LT Corral every Friday, but last year they were unable to do so.

“All of [this] led to a feeling of not being together and not being able to provide a good program chemistry,” Morrill said.

Top players for this year’s group are team captains Jalen Pfaff ‘22 and Dylan Holtz ‘22, Morrill said. He believes that they should be able to compete at all invitationals for top five spots and expects both of them to qualify for the state tournament.

“The only accomplishment we are looking for is to qualify for state,” Morrill said. Our program has been to state numerous times and these two players should contribute a ton for this season.”

The team will compete against Lake Park High School at Rolling Lanes on Nov. 11 at 4 p.m.