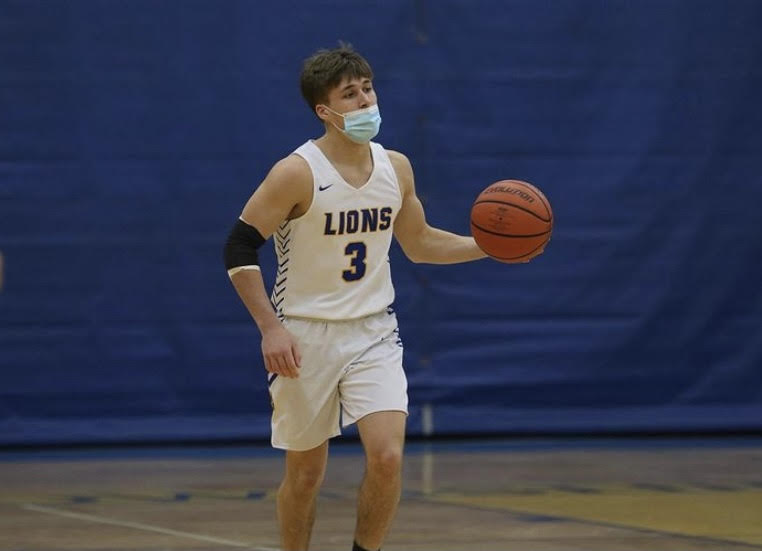 With no summer league and less preparation than usual, the boys basketball team made the most of a shorter season, starting shooting guard Tavari Johnson ‘22 said.

“The team connection has been great,” Johnson said. “Even though it was a short year, we came together, and it’s been fun.”

The season officially started on February 12 and ended March 13, just over a month for the team to play. Averaging around 20 points per game, Johnson was their leading scorer in multiple games this year. In a close Hinsdale Central loss on March 26, he scored 22 in the first half by himself while Hinsdale scored 21 as a whole team. Johnson ended up with 36 points when the final buzzer went off.

“I’m proud of my performance this year,” Johnson said. “But I’m going to get even better next year.”

Johnson has had a great relationship with the players and coaches, especially with Cade Nelson ‘21, he said. Nelson is a shooting guard, like Johnson, and has been working extremely hard ever since the pandemic started, Nelson said.

“I gave everything I had in every practice and game, and that is what matters to me the most,” Nelson said. “Because at the end of the day, I want to be able to say I gave it everything I had, and I did that.”

Although the season went smoothly for the most part, there were some unavoidable roadblocks for the team. Normally, the team would be able to have a chance at the state tournament after the regular season; however, COVID-19 restrictions prevented any postseason competition. Regardless, the team is happy with how the season turned out, Nelson said.

“I am very proud of what we accomplished,” he said. “Despite having no state tournament, we fought hard every single game and had a winning record.”

The team finished with a final record of 11-6, capping off the season with a 0.647 win percentage. Without varsity head coach Tom Sloan, that winning record would not be possible, Nelson said. This has been a different year for Sloan and the players, but they trained to be as good as they could be, Sloan said.

“This team was a pleasure to coach every day, and I’m blessed to have the opportunity to work with them,” he said. “They worked very hard, had great chemistry, and were unselfish.”

As players, Johnson and Nelson made the best of every moment in the season, they said. With as many setbacks as there were—from mask wearing to unusual scheduling—the team never took anything for granted, Sloan said.

“They were a great example of our motto,” he said. “TEAM. Together Everyone Achieves More.”