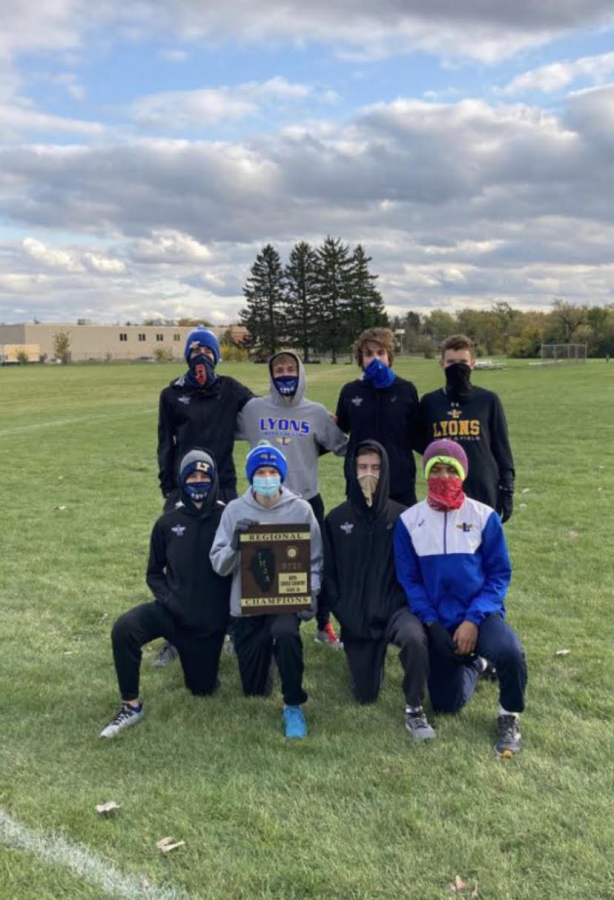 With the boys cross country season coming to a close, their multiple accomplishments shine amidst major seasonal changes. Though there were countless restrictions on practices, meets and the length of the season, Owen Hays ’21 and the rest of the team are happy with how it turned out, he said.

“Individually, I’ve done better than I thought I would,” Hays said. “I did not expect us to be as good as we have been.”

Hays is one of the top runners on the team and has been with the program for three years. In one of their most recent races, Hays ran a 15:47 for a 5k distance which in turn led to LT’s regional win. However Hays’ fastest 5k is a 15:26 which he ran earlier in the year. Other top runners include Sawyer Madell ’21 and Jocqael Thorpe ‘21.

“We could only race among teams in our conference,” Madell stated. “But with how good our team is, we made the best of it.”

Madell also contributes heavily to the team, working with teammates to build leadership and teamwork. Thorpe ran the fastest 5k of his career at their regionals race on Oct. 24: a 15:24. This was not only his personal best, but it secured him a spot as one of the nation’s top runners of the week.

“That was my best time for a 5k ever,” Thorpe said. “It was my first win in high school and felt really good to be able to do that.”

Closing out on the season, Hays, Madell and Thorpe have all been proud of their personal and team performances.

“Just having a season and competing against other teams makes it all worth it,” Thorpe said. “Nothing is better than winning with your teammates and being beside them as it happens.”

After the big regional victory, the boys team went on to place third at sectionals earning themselves a spot in state where they placed sixth. All in all, it was an amazing experience for all the players, Thorpe said.