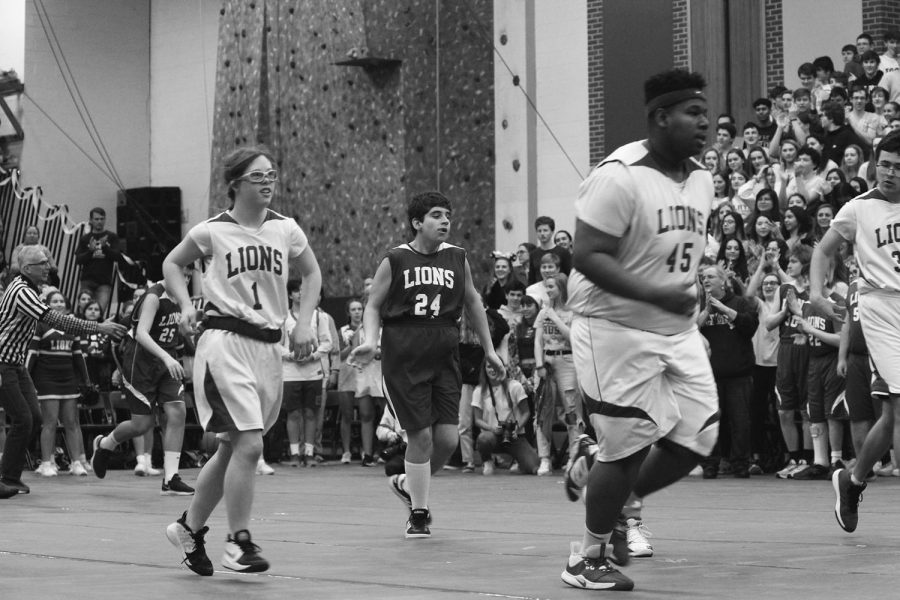 On March 13, the Special Olympics Gold basketball team members will pack their bags and drive to Illinois State University, where their hard work from the season will pay off in the fight for the state title.

“Our Blue, Gold and White teams have played very well this year,” player and first year transition student Kendall Wright said. “Every week, we had very good practices and competitive games. I expect [the gold team] to have fun, play their best, communicate and win [at state].”

The Gold team’s first place finish in its division at the district tournament in January qualified it for state, head coach Emma Colangelo said. This was exciting news for players, coaches and parents, as this will be the first time in five years that an LT Special Olympics basketball team has gotten the chance to go to state.

“I think [the players] realize, especially with many of them having been on the team [for four or more years], the significance of going to state and that it doesn’t happen often,” Colangelo said. “They’re just so excited and proud to be the team that’s going.”

All 15 members of the Gold team will be attending the game at ISU on March 13. They plan on staying in a nearby hotel, and the following day, they will head to campus for the game. Specifics such as what time the game will take place or which team LT will be playing have not yet been established.

In preparation for the big day, Colangelo and Gold team coach Gabrielle Silva have extended practices for the Gold team, while the Blue and White teams’ seasons have come to a close, she said. Players are currently attending weekly practices to keep skills in tact.

“We’ve also had a lot of the same kids on the same team for two years since teams are made based on ability level,” Colangelo said. “I think that that’s helped because they’ve been working together for longer and we’ve gotten a lot of practice and games in this season.”

However, even though only the Gold team will be competing at the state level, all of the teams’ hard work and cooperation has helped Special Olympics basketball come particularly far this season, Wright said.

“[This season], we played very hard and all of us had good chemistry and communication,” Wright said.

Stand out players, including Kate Fuller ‘21, have especially helped in the success of the Special Olympics team, Colangelo said. Fuller’s sportsmanship and inclusiveness on the court has stood out to the coaches this year.

“Our players always try their best and put their all into games, so I’m sure they will do an  awesome job at state,” Silva said.

Playing a lot more competitive teams this season has allowed the team to play at a higher level, Colangelo said. She hopes that the challenges the players have faced this year will pay off at state, along with their collaboration with each other on the court.

“It’s so fun to watch [the players] at every game,” Colangelo said. “They’ve done awesome this season and definitely deserve to go to state. I think they are going to get the gold.”