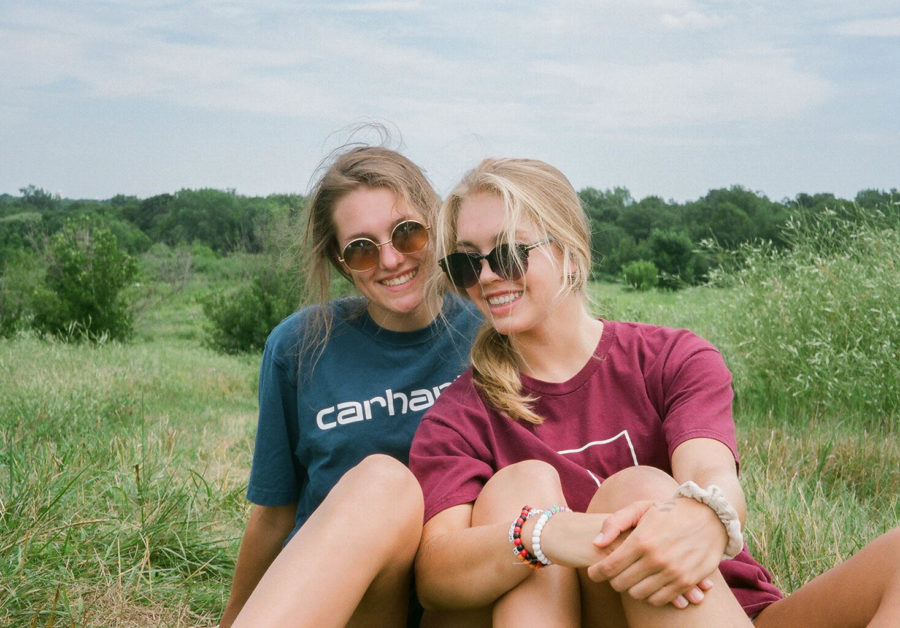 On a late Thursday night, Feb. 21, I was getting ready for bed and going through my routine like I normally do. I was brushing my teeth, scrolling through Snapchat and responding to some friends. I clicked on an old volleyball teammate’s story and saw Beth Dunlap’s smiling face, with a big “RIP” and purple hearts in the caption.

I immediately ran into my sister’s room and showed her the story. We both shook our heads no, in utter disbelief. The volleyball star, the beautiful blonde girl we called our friend, was gone and there was nothing we could do about it. She was hit by an intoxicated driver at a crosswalk at Downers Grove North High School, and later passed away as a result of her injuries.

I won’t sit here and pretend that Beth and I were inseparable best friends. I met her through my close friend and classmate, Patti Cesarini ‘20, and we all hung out over the summer. One specific memory I have of the three of us was when we decided to make colorful beaded bracelets with dumb sayings spelled out in bold, white letters. We sat on the floor of Patti’s bedroom, listening to awful rap music way too loud and laughing about insignificant things. We talked about everything you could imagine, from volleyball to drama with annoying boys.

From the short time I had the privilege to know Beth, I knew she was someone extraordinary. I knew it was an honor to consider her a friend. It was like being in the presence of a movie star, some unattainable, legendary girl. She was always up for anything, always in search of fun.

Although Patti had always known who Beth was, she never truly got to know her well until they played on the same club volleyball team last year. The two became fast friends, realizing they had a lot more in common than they thought. When I’d watch them together, it was like seeing double. Both girls had the ability to put things into perspective and not let stress or other negative emotions cloud their judgment. They worked hard, played hard and loved hard. It’s what I love most about them.

During the many times the two girls had hung out, Patti had picked up on Beth’s unbreakable optimism.

“She always looked for the good in things, in people, in life,” Patti said. “She was never angry at somebody or something for too long.”

Growing up playing volleyball, and not being very good, I idolized girls like Beth. She was placed on the top teams, year after year. Her sets were effortlessly gorgeous, her hands in perfect position after countless hours practicing in the gym.

The first time Patti suggested we hang out with Beth, I was terrified. I’d never met her. She was simply a name uttered in the volleyball world, whispered in awe among the other girls who were impressed by her undeniable skill. When we met, she gave me a beaming smile and said “hey Maggie, I’m Beth,” and I was stunned to hear her say my name. I couldn’t believe such an incredible player was talking to me, being so outwardly kind. My nerves fell away, and I came to love her bubbly laugh and crazy humor.

“[Beth] was able to put a smile on everyone’s face when she came into a room,” Tommy Weyer ‘20, a close friend of Beth’s and student at Nazareth Academy, said. “[She] had a certain energy about her that was unmatched.”

Since Beth’s passing, I’ve had a lot of time to think about the value of life. I complain about minor inconveniences like a bad grade on a math test or not getting enough sleep the night before. I take so much for granted. My problems seem so irrelevant now.

It’s become so clear to me that every aspect of life should be cherished, whether it be good or bad — at least you’re here. At least you get the chance to screw up. At least you have tomorrow.

The phrase #Bethstrong and the idea of doing 18 things for Beth, 18 being her favorite and volleyball number, has spread due to Beth’s influence. In short, these things not only carry on Beth’s memory, but a message encouraging you to live life to the absolute fullest.

“Those phrases constantly remind me about her and to just be grateful for what we have and that life is really, really precious,” Patti said. “You really don’t realize it until somebody so close to you is gone, out of nowhere, in the blink of an eye.”

So, from all those whose lives have been touched by Beth, including myself, we ask you to keep working towards your goals and appreciating all the opportunities that come your way. Tell your friends you love them, sincerely and often. Continue to live for her, play for her, be a better you for her and stay #Bethstrong.