Let’s say “Bye” to the Pro-Bowl 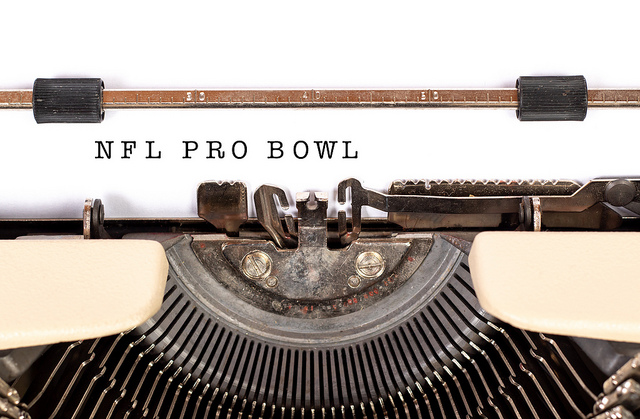 "Should the NFL Pro-bowl worth it?", LION's Assistant Sports Editor asks. (Flickr)

It is that awkward time of year again. You are recovering from yet another Patriot’s Super Bowl, and now you feel empty inside. What will you do to waste countless hours each Sunday?

This year in particular has been a fantastic one for the NFL: aside from a bland Superbowl, the 2018-19 season was dominated by offense. The offensive burst was one that was welcomed by almost all fans, because most people prefer a shootout to a stagnant, defensive struggle. Four of the best offenses in the league cracked 400 yards per game, whereas a decade ago in 2008, only the league’s best New Orleans Saints surpassed the 400 yard mark. So in seemingly every way, the NFL is finding ways to make us interested in a brutal sport that is becoming less acceptable to play.

But the NFL still has yet to realize that the Pro-Bowl is just dead weight.  Plain and simple, it has to go. I have never once heard someone tell me that they want to watch the Pro-Bowl, it is just boring and pointless. This year there were 86 players selected to the Pro- Bowl, 43 on each team. Every player on the winning team gets $64,000 and the players on the losing team get $32,000; all combined that’s just over $4.1 million. For a massive corporation that brings in billions each year, that is not a large sum.  But at some point you have to think, if you are pouring a small fortune into something fans and players dislike, why is it still around?

The whole thing is an embarrassment to the professional players and the fans who adore them. The skill challenges are lackluster at best, and the only part worth painfully suffering through is the dodgeball game, because who doesn’t love dodgeball? Now this is the part where I would love to describe some magic trick to to make the Pro-Bowl game exciting. But even if you were to follow in the footsteps of the NBA and allow two captains to pick teams, I am still not confident anyone would be any more enthused.

This is some free advice for Roger Goodell—it is time to scrap the Pro Bowl. Maybe you can use that extra $4.1 million to hire better refs.