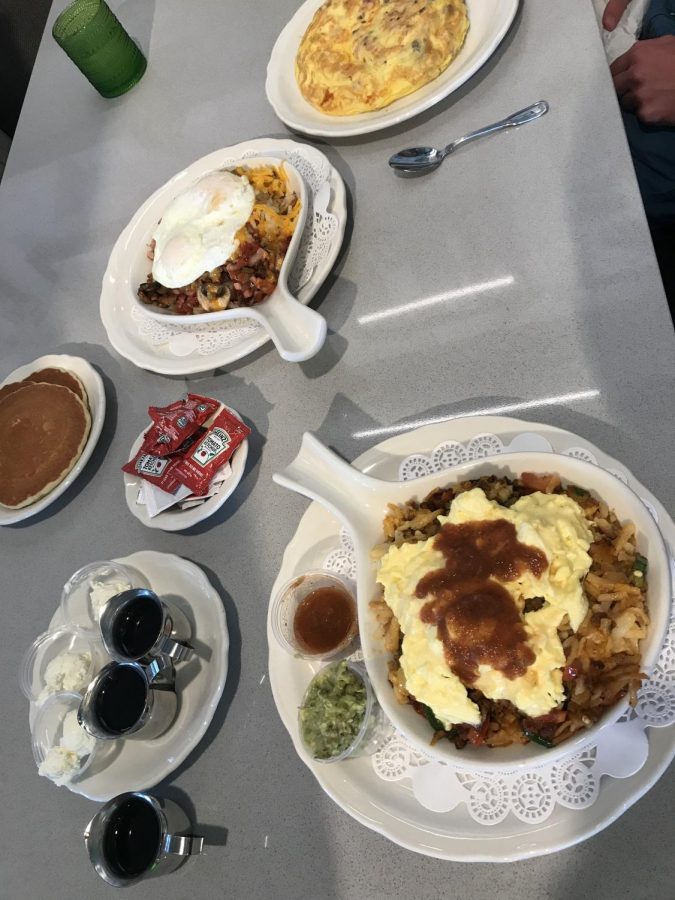 Sizzling bacon strips and a spacious dining room layout created a pleasant first impression as I entered the Original Pancake House. The opening, right off LaGrange road, makes it the third in the suburbs alongside an Oak Lawn and Beverly location, and asserts its Chicagoland presence as a premier breakfast restaurant.

I was greeted and seated immediately on the Tuesday I went, water being distributed just as I sat down. The ambiance was lax and inviting, with the staff contributing to this through easy-going conversation and politeness.

Perhaps the first five or 10 minutes were spent digesting the vast menu, which ranges from the traditional omelettes and skillets to fruit crepes all the way to Dutch babies and apple pancakes. I was impressed by the immense variety the restaurant had to offer.

I ended up going with the Mexican Skillet ($12.79), a decision I became very proud of after a short wait. The entree was served with three pancakes, their rims crispy and the inside full of fluff. The meal itself was composed of chorizo bites, salsa, guacamole, shredded potatoes and scrambled eggs. The shredded potatoes surprised me as I typically associate skillets with diced potatoes, but I thought they added a great touch, blending the spices and other elements of the skillet together nicely. The scrambled eggs were perfect and the meal left plenty to take home.

Their Farmer’s Skillet ($12.49) and Meat Lover’s Omelette ($13.79) also hit the spot, providing a variety of egg-based meals for all sorts of eaters—vegetarians and carnivores alike. Whereas the Farmer’s Skillet was lighter and tasted healthier, the Meat Lover’s Omelette was incredibly hearty and served as a huge portion. The menu has a fairly high ticket price, however, averaging out to be just over $12.50 per person without the purchase of drinks.

When I return, I look forward to trying the Cherry Kijafa Crepes, a Danish favorite crepe filled with cherries and simmered in kijafa sauce, or the Apple Pancake, a specialty pancake dish topped with warm apple slices and drenched in a cinnamon glaze.

The Original Pancake house location in LaGrange is located at 942 South LaGrange Rd. and is open everyday from 7 a.m. to 3 p.m.