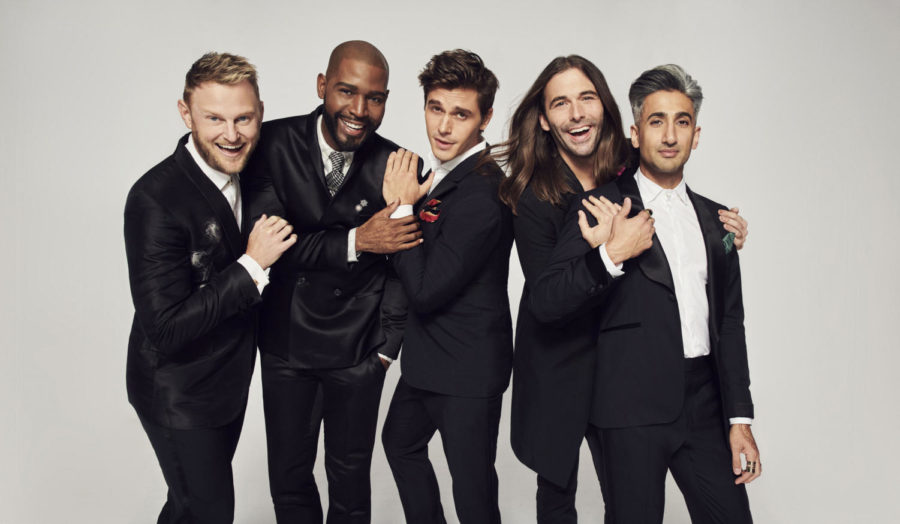 When Netflix decided to do a new, modern reboot of the early 2000s hit “Queer Eye”, fans were ready for a new group of fabulous queer men to grace their screens and perform a makeover. The reboot was applauded, and the show has produced three seasons and 25 original makeovers. When the third season was released on March 15, I wrapped myself up in a fuzzy blanket, grabbed some popcorn, and binged the last eight episodes.

In comparison to the original series, this series has its roots in the South and helps those who are in need of fashion, food, culture, design, and grooming assistance from the “Fab Five”, consisting of Antoni Porowski, Tan France, Karamo Brown, Bobby Berk, and Jonathan Van Ness. Each member of the group offers personal wisdom and knowledge in their specific areas of expertise, and they do so in such an entertaining and confident way.

The first two seasons were focused in Atlanta and its surrounding areas, but season three brings the Fab Five to Kansas City, Missouri. Personally, I love the location change because it offers a broader audience of people and is a nice change in scenery. Also, with their move to Missouri, they welcome a new member to their team: Bruley the French bulldog. I’ll admit, bringing in Bruley is kinda hokey and just for laughs and “awws” of his cuteness. BUT, he is so adorable, I’ll let it slide. Who can resist the smushy face of a French bulldog?

Moving forward, I noticed a change with this season in comparison to the first two. Instead of looking for teachable moments and heartfelt conversations, “Queer Eye” delivers the transformative makeovers that its audience craves. However, I enjoyed the times when the show got serious and issues, like gun control and racism in the modern world, were discussed. However, I understand the slight shift and it didn’t take away from my love for the show. At the end of the day, the show is meant to motivate and make people feel good about themselves, and in a world where these issues are focused on so much, it is pleasant and refreshing to not be reminded of these topics.

In “Queer Eye” manner, watching the makeovers puts you in such a happy, positive mood. Specifically, the episodes “Jones Bar-B-Q”, “Elrod & Sons”, and “When Robert Met Jamie” stood out to me in my bingeing experience. The playful nature of the show is contrasted with personal, emotional stories that leaves the watcher in, or close to, tears.

Overall, season three of “Queer Eye” offers all audiences something to enjoy. Whether you are a woman or a man, black or white, gay or straight, or anything in between, you’re bound to find an episode or a story you can relate to. Even watching a single episode of the show is bound to put you in a good mood.