LT musical sells out two out of four performances 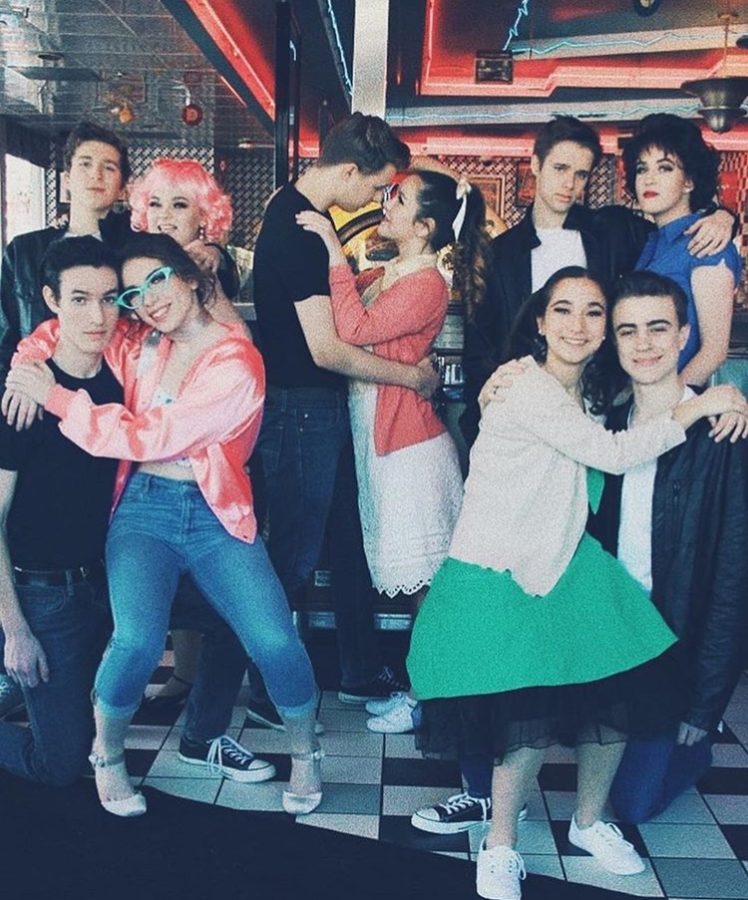 Kate Paras ‘20, playing the lead role of Sandy, stood backstage, holding hands with her fellow cast members during the first song of the show on the opening night of “Grease.” The audience had lots of energy, which helped boost the cast’s confidence going into the first performance, Paras said.

“Grease” was performed from Feb. 14-17 in the NC Reber Center and sold out during the Friday and Saturday performances.

“I was honestly shocked by the huge turnout for ‘Grease,’” Paras said. “I knew we’d get big audiences because of our big cast and the fact that people love the show, but I never imagined we could sell out the Reber Center.”

LT Theatre has never had to turn away people before, co-director Michael Kuehl said. However, the people who were turned away had the opportunity to buy a ticket ahead of time for the next night’s show.

“It was gratifying to get the audience that the show and the students deserved,” co-director Lawrence Keller. “I think anybody who saw the show saw the hard work of those kids in many ways. Sometimes the work is not rewarded with an audience. It was great to hear hundreds of people cheering for them.”

The production drew a greater population of the community, Paras said. The cast consisted of about 60 students this year, which contributed to the large turnout. A lot of people are familiar with the title from the late 70’s, so people were drawn to the show.

“The cast was an absolute blast to work with,” Kuehl said. “We had a great team of adults and crew wrangling [the cast]. It was a great vibe all around.”

The cast rehearsed everyday after school for nearly six weeks. They also had dance rehersals on Saturdays. The crew also worked building sets, props, and organizing costumes for each cast member.

“[On opening night], I was just ready to share the show with everyone,” Paras said.