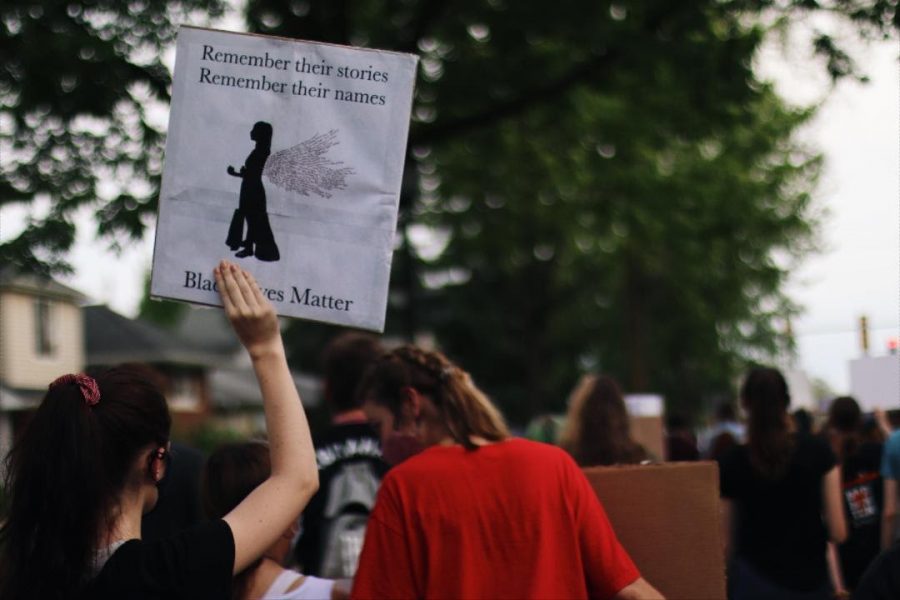 For some reason the George Floyd killing felt and hurt differently for me and so many others. The pain of these events reverberated within so many people in this country and across the world. The world saw before their eyes a white cop show plain disregard for a Black man’s life. We heard a grown man cry out, begging his dead mother to save him.

In protests, many learned how long nine minutes is and that silence is not an option. Maybe the sheer horrificness of the event moved us to fight so hard or because in the span of such a short time, we were bombarded with mass exposure to racism. From the deaths of George Floyd, Breonna Taylor, and Ahmed Arbery, to the harassment of innocent protesters to even Black people enduring “Karens” (slang for a white woman who is angry, entitled, rude and sometimes racist), it was and still is a challenging time. However, these challenges have caused younger generations to try fighting against inequality that has plagued America for so long.

In May I was moved to write a brief message on my social media, expressing my anger and sadness regarding the events and people’s disappointing reactions. Some people’s responses of either apathy, pure ignorance, or decision to spread false images of an unrelated destroyed veterans cemetery to undermine the movement made my blood boil. It all gave me a harsh reality of where I live. I was reminded how these events aren’t close enough to many of the white people in this community. We as people often don’t prioritize things we can’t relate to, and that’s why so many of my white counterparts didn’t seem to care.

Many ignored it until the movement was popular and posted a black screen in performative support of BLM. Another harsh lesson I was forced to wrestle with is that being Black feels like it has no value in society. When you constantly see Black men and women dead, it feels like we are being killed for sport. Since so many feel like this, we have to prioritize supporting each other and remind ourselves that we are all part of a society that has continuously shown its racism and that it was never created for us. Black people have built trends from fashion to language that so many people utilize and love, but when it comes down to Black lives, society falls short of caring about the issues they face. I wished Americans loved Black people as much as they love Black culture.

But it’s not all bad because I think for every one person who spews hate, there are 10 more who do the exact opposite. How massive the outcry for change was this time gives me faith that our generation will make a difference because we are so sick of seeing history repeat itself. Going to the protest in Downtown La Grange showed me that we all recognize a problem and want to do our best to fix it. Differing from previous years of protesting, many diverse communities and cultures came together to take a stand. The bigger the variety of people we have fighting for a common good, the more likely we are to initiate change. I also am ecstatic for the wave of support for Black businesses and the many identities of Black people. Black people are always supporting each other but having non-Blacks buy from Black businesses will only help the community.

Also during these protests, it felt like everyone was included in the BLM movement, not just men. I saw people recognizing and calling for support of Black women especially trans-women, the LGBT+ and Afro-Latinx. Since I’m a young Black girl, the fact that we are pushing for the arrest of Breonna Taylor’s killers (⅓ of the officers have been charged) means a lot. And lastly we are finally learning to lift up and listen to the voices of oppressed communities even if we aren’t a part of them.

Being able to point out the issues different minority communities face is critical in inciting change. A new generation has learned the power of its voice, and I’m excited to see where it takes us.