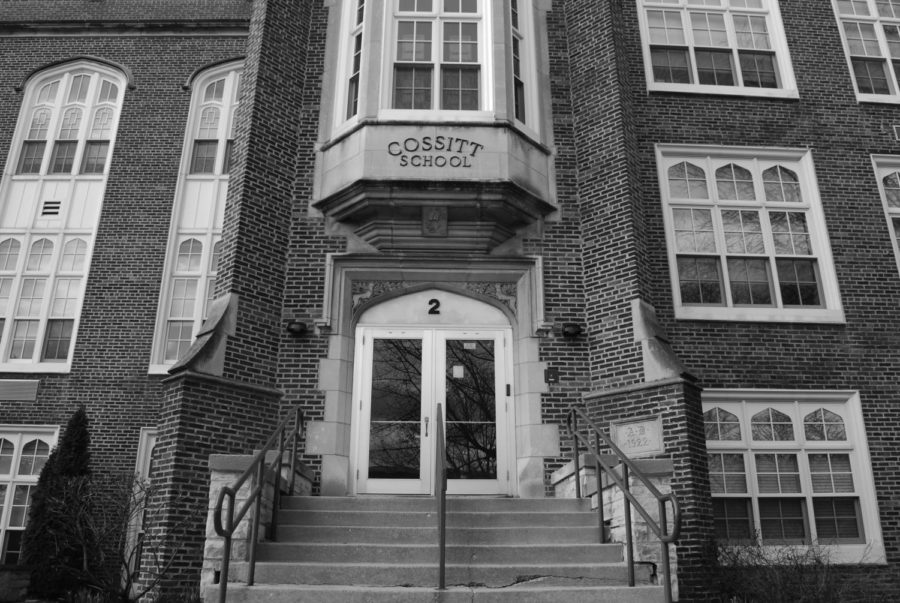 At many elementary schools, such as LaGrange's Cossitt, pictured above, students get their first taste of foreign language. But the question is, should it start sooner? (Lonnroth/LION)

Point: Profe will be proud

I began taking Spanish in kindergarten. In elementary school, I learned the alphabet, basic grammar, as well as that “amarillo” means yellow. Going into high school, I had tested out of Spanish I and began Spanish II as a freshman. This year, I am taking AP Spanish, and needless to say, I know how to say a lot more than “amarillo.” At this point, I could probably write this article in Spanish I know it so well. By taking and improving my Spanish, I find myself feeling more comfortable and confident in different, cultural situations. As a foreign language student, I believe that is crucial for every student to begin taking a language, as young as kindergarten level.

Elementary and junior high school districts surrounding LT, foreign languages are offered. Traditionally, this language is Spanish, but some schools offer others, such as French. The different languages and when they begin to be taught vary school to school, but generally, taking a foreign language is required at some point. When students transition from their junior high schools to LT, they are offered an abundance of foreign language classes. According to LT’s Academic Program Guide, six different languages are offered, including: French, German, Latin, Italian, Spanish, and American Sign Language. Even if you didn’t like the language you were forced into taking  when you were younger doesn’t mean you can’t explore another language. Learning any language other than English at a young age can help one better understand and learn a different language.

Not only is it crucial to learn a language early in life because of brain development it also improves overall performance in school. In a study conducted by NPR, dual-language students not only have higher test scores, better attendance, less behavioral issues, higher parent involvement, and overall happier attitude towards school. By beginning language classes at a young age, these habits will become integrated in foreign language students. These benefits will not only create a more positive, educated student in their younger years, but also later in life.

Students who begin studying a foreign language at a younger age also benefit from being able to communicate with a wider group of people. This benefit can be useful in life, and help students determine what career they may want to pursue or what they may want to major in while at college. Universally, knowing another language is useful in any career. Whether you are in marketing, medicine, education, and everything in between, knowing any type of foreign language will be helpful. Being able to communicate with a broader group of people will always prove to be important in our world.

I started learning Spanish in second grade. For the next five years, I learned the same few Spanish phrases over and over again: “me llamo Diane,” and “mi color favorito es azul.” In elementary school, we only had Spanish class two or three times a week because there were only two teachers who needed to rotate throughout the entire district. Only being exposed to Spanish a few times each week causes a loss of knowledge and the need for endless repetition and review. The constant review of previously learned material leads to boredom and an early dislike of the subject, especially in younger students.

In addition, Spanish class was a requirement throughout my elementary school years. Forcing students to take classes when they don’t want that course leads to disinterest. If a course isn’t enjoyed at a young age, then the loss of interest continues later on. By high school, students only take the course as a college requirement, the drive to learn long gone.

The Spanish class I was exposed to was full of vocab lists and textbook worksheets– a completely different experience than high school foreign language classes. My Spanish class this year utilizes authentic telenovelas and daily speaking practice mixed in with traditional textbook learning. When you start teaching young students foreign languages, the course outline provides a reduced or dumbed down version, often condescending to kids.

Don’t get me wrong, there is a definite advantage to learning a second language, just not in kindergarten. Kindergarteners are traditionally around five years old, at an age where they are still learning fundamental skills and simple English. Trying to throw another language in there leads to confusion and intermixing of the separate languages.

Learning another language provides numerous benefits such as improving your memory and enhancing brain power, but these benefits are not able to be absorbed at the maximum rate in young children. Foreign language classes should not be taught in kindergarten. Those courses should wait until the students can choose for themselves and have a wide variety of languages to choose from.