Media Mayhem: To survive in the modern age, local news needs to adapt 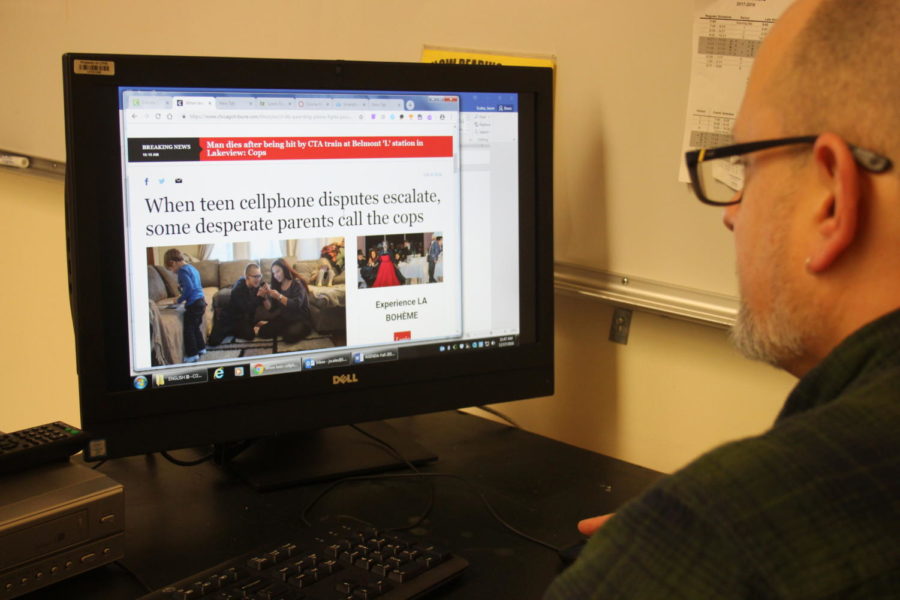 Local news is online. But is it online enough?

Local news is in a crisis and it’s only getting worse.

Over the past 10 years or so, an innumerable number of newspapers and periodicals have gone defunct. The incredibly fast destruction of these valuable, community-based institutions has likely been fueled by a painful reality: local news’ inability to adapt to the media consumption habits of the 21st century. They have been unable meet the audience where it is. Online.

Media is changing—and paraphrasing journalist Michael Wolff, it has always been changing—but people are getting their news in new ways. Who would’ve thought that reputable media outlets like NBC, CNN or The New York Times would dabble in Snapchat, a website known more for its crazy animal filters than its ability to disseminate hard hitting news?

But just because a service, application or technology isn’t known for its role as a news source, that doesn’t mean it can not become an effective home for news consumption.

Most social media sites like Snapchat, Facebook or Twitter have become sources that provide the information necessary for becoming a more informed citizen, but only few institutions have been able to fully adapt to the new age of media. Oftentimes, that leaves out some of the most critical journalistic institutions in our nation: America’s local news media.

Those who consume their local news tend to trust their local outlets more than organizations that are more national in scope. It makes sense. These outlets are more personal, more niche, and they can connect more effectively with individual communities than CNN or the Washington Post, for example.

But that niche quality comes with a cost: fewer resources. While CNN can cultivate audiences and viewers anywhere in the country, local news is by design limited to its location. The vibrant, local newspapers of our country’s pasts are—every single day—bearing witness to the erosion a dearth of resources can cause to good quality journalistic institutions.

That makes adapting to new technologies expensive and difficult.

The Pew Research Center has been tracking the manner in which Americans consume their news for years and in 2018 they found something monumental.

Within the whole American populous, social media has become a more common way to consume news than the daily newspaper. Only two years ago, in 2016, 18 percent of Americans polled consumed their news through social media. Now, that figure has jumped to 20 percent. Inversely, in 2016, 20 percent of Americans consume their news through the newspaper. That has plummeted 4 percent over the past two years to a meager 16 percent.

In the youth demographic, that divide is even more stark. Only 2 percent of Americans polled aged 18-29 received their news in the form of a print newspaper. Even more striking, a whopping 36 percent of people in that demographic receive their news through their social media feeds.

To me, this data underscores the real danger newsgathering institutions face if they don’t adapt to the evolving media habits of the youth age. It’s not just exclusive to newspapers.

While TV is still the most popular way people are getting their news in the United States—with 49 percent reporting that TV news was a source of news for them—young people don’t watch TV news. Only 16 percent of young people surveyed said that was one of their media sources.

Young people are getting their news, in all likelihood, through more unorthodox sources: Twitter accounts, political meme pages and so on and so forth. If the media meets them where the readers of tomorrow reside—where they live most of their lives, online—perhaps traditional media will survive.

With these seismic shifts in media consumption comes opportunity. Some have seized the opportunity; others have resorted to the same old systems of information dissemination. But the news institutions that have made the most of these new technologies are the ones that are not just surviving, but thriving. Those are institutions on the national stage.

The New York Times’ website has video, podcasting and email newsletters that have brought the paper’s content to my generation. National Public Radio is reaching younger audiences through its embrace of digital content, like podcasting and social media.

These are places that are surviving, but they are also the institutions that have the resources to survive.

Some local institutions are making good attempts to adapt.

The LA Times recently announced it is looking to hire a greater number of social media editors to help reach the audiences that the print newspaper can not, and other local institutions are also trying to do the same. But heretofore, the overwhelming expansion into online and the implementation of new technology is happening at only those that can afford to make those investments.

I love the print newspaper. I get two delivered to my house everyday. But if local journalism does not make a greater investment in their online apparatus and the technologies that are able to reach the next generation, the communities that they serve may be without a community newspaper.