No thoughts, no prayers 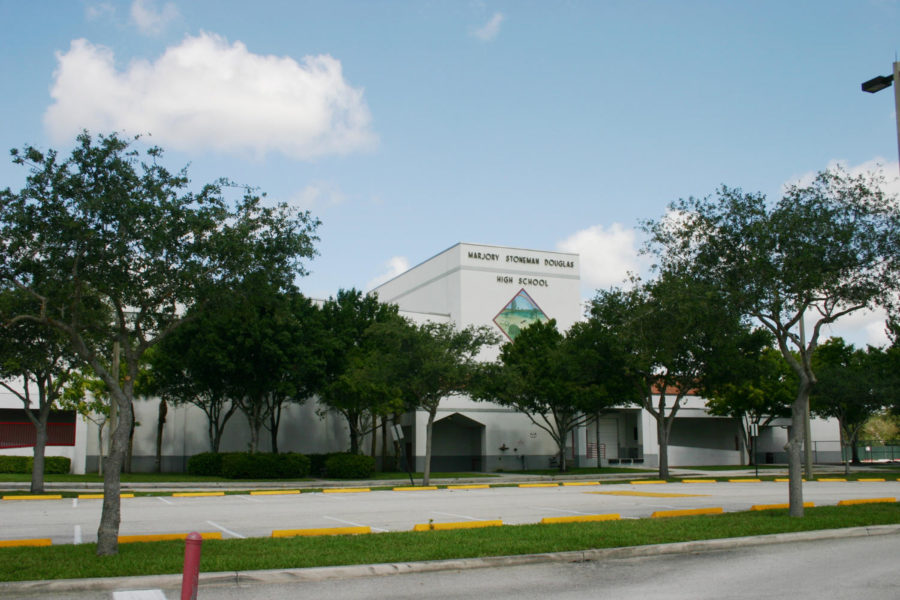 Valentine’s day is supposed to be a day filled with love. However, for students at Marjory Stoneman Douglas High School in Parkland, Fl., the day was quickly turned upside down as a former student opened fire and fatally shot 17 people, injuring many more. This is one of the several school shootings to happen in 2018.

The internet was quickly abuzz, sharing pictures and videos from students inside the school, with shocked tweets and posts expressing condolences. The common expression became “How could this happen again?” One commonality that has been apparent between every mass shooting are arguments about why something this terrible could happen. Sadly, we see this with every recent school and mass shooting. Was it due to gun accessibility? Bullying? Mental illness? Terrorism? Exposure to violence in media?

It is easy for everyone to put the blame on the certain reasons they see fit, but the truth is that there is never one simple reason.

The Columbine shooting of 1999 was allegedly due to Eric Harris and Dylan Klebold’s want for revenge on bullies. Sandy Hook shooter, Adam Lanza, suffered from obsessive compulsive behaviors, and fixated on mass shootings. James Holmes, who killed 12 and injured 70 in a movie theater in 2012, also suffered from mental illness. The Orlando Nightclub shooting is considered a hate crime/terrorist attack due to the specificity of victims. But the common trait among each of these catastrophes is a gun.

These tragic events are ingrained into the fabric of America. Columbine, recognized as the first modern-day school shooting, transformed the idea of mass shootings and changed school securities as we know it today. Even with zero tolerance rules in place in a majority of U.S. states, school shootings still seem to occur. We can even see this near us, in instances such as Hinsdale South, where a student threatened to ‘shoot up’ the school in 2016.

In the case of Florida’s shooting, Cruz had posted photos of guns and knives to social media. Parkland students ‘predicted’ the attack yesterday, saying that he openly talked about guns with other students before his expulsion. Authorities say that the school had no indication about the threat he posed. Students all over the country are told at orientations to report unsafe or unsettling behavior, but the reality is that they don’t. The discrepancy between students and faculty needs to be modified, as better communication could prevent something like this happening in the future. However, this is not the only factor in the conversation about guns.

The truth is, mass shootings have multidimensional factors to them, not just one singular reason. Although it is easy to pin the blame on the NRA or on lax gun control laws, that is only the beginning. While tightening laws and regulating guns would indeed be the best place to start, we can see from shootings like Columbine, Colorado and the Oklahoma bombing that terrorism of this caliber would still occur even if guns were not in play. The Columbine shooting was originally supposed to include two bombs, but neither detonated. James Holmes used tear gas and rigged his apartment with explosives when attacking in the Colorado movie theater. But the question of human evil is not the focus, the focus is on how regulating guns will work to prevent these shootings. My point still stands: accessibility to guns needs to drastically decrease.

We said “never again” after Sandy Hook, but 5 years and 1607 mass shootings later, it is apparent that this hasn’t changed. I am in no way saying that guns should be entirely banned, but there needs to be some justice for the victims’ and peace of mind.

The most common counter argument to gun control is that owning guns are protected by the Second Amendment; when the amendments were written, guns were manufactured with space for only two bullets, not like the semi-automatic assault rifles we see showing up as the weapons used in mass shootings. Citizens were allowed to own firearms to lend to the militia in case of war and use them to defend their land, not use them as weapons of mass terror. Society and technology have advanced, and the Second Amendment needs to be re-evaluated to adapt alongside modern weapons.

Every country has the potential to be home to domestic terrorism, but America is the only country that has consistently had a gun-related death problem, yet nothing has been done about it. Semi-automatic guns, the most common type used in school shootings, differ from automatic in the fact that they can only fire one bullet each time the trigger is pulled. However, they can be loaded with high-capacity magazines that can fire dozens of rounds. The fact is, our country allows its citizens—citizens who cannot yet vote or even legally drink— access to AR-15’s and other weapons that have the potential to take lives.

That’s not all: In-depth background checks are a necessity in order for an individual to purchase a weapon. Currently, the process of purchasing a firearm includes filling out Form 4473, and a background check that takes approximately 30 seconds to complete– the NICS is contacted and quickly scans information from three databases. Most people that are denied firearms are convicted of a felony, but some still manage to slip through the cracks. A flawed background check is what allowed men like Dylann Roof to purchase a .45-caliber handgun and kill nine people in Charleston, NC, as well as Cho Seung Hui, who killed 33 at Virginia Tech in 2007. Background checks are not 100 percent foolproof and need to be more extensive; they should take longer than seconds to complete. The federal background check is only as helpful as the the data it contains, which can easily become inconsistent or withhold felonies that were never caught or reported. Waiting periods, in between purchasing the firearm and possessing it, would also give law enforcement sufficient time to perform substantial background checks. In 36 states, it takes longer to obtain a driver’s license then it does to obtain a semi-automatic weapon; because of the responsibility and knowledge needed to drive a vehicle.

While there are laws in effect currently to regulate guns, they are sometimes not enforced properly or to their full extent. There also tend to be loopholes, specifically regarding the purchase of firearms from private sellers or gun shows. When buying from a private seller, background checks are not required. If the buyer has a criminal record, it will go unnoticed. To add, the internet has made it easier to privately buy or sell firearms. Private sellers do not need federal firearms licenses if they occasionally buy and sell from their personal collection. However, these guidelines are often overlooked and misused to buy and sell firearms repeatedly, thus creating a loophole in which someone will not be subjected to background checks.

Ever since the internet and television became popular, we have heard that “the media has impacted violent behaviors” repeatedly. While it is true that viewing disturbing content may increase violent behaviors, that is not ultimately what causes gun violence to occur. It is a plethora of different factors, but the most visible one is accessibility to firearms. Any parent who owns a gun immediately opens the doors to their child or relatives having access to it, and no matter how many times they may say that “we would never allow our children to see our guns”, it still occurs. It is of course not ideal for a child to see violent acts through social media, television, or video games, but when they have the ability to wander into their basement and gain access to a firearm themselves, we have a problem. Furthermore, gun owners need to responsibly store their firearms in safes, locked away from possible prying children. Gun owners have the control, and safely storing them would reduce the risk of getting put into the wrong hands.

We can start by requiring all gun buyers to undergo a federal background check, including private sellers and buyers. Regulations such as enacting one-gun-per-month laws would help prevent weapon trafficking in between states, and prohibit a buyer from purchasing more than one firearm within a 30 day period. This would reduce the possibility of someone acquiring multiple firearms and using them all at once, in such cases as Sandy Hook. Furthermore, enforcing and allowing gun-violence restraining orders would aid in not permitting criminals or unstable people with a history of violence access to weapons. Additionally, changes can be made to firearms themselves to increase safety; gun manufacturers should make all guns include a magazine disconnect. This feature doesn’t allow users to fire a gun when the magazine is withdrawn, which would ensure longer time to reload. Some see this as a disadvantage, but I view it as a safety precaution that can save lives of both users and other people.

Schools. Gas stations. Movie theaters. Churches. Concerts. Restaurants. Nightclubs. Office buildings, and many more. This needs to stop, and stop now. Everyone deserves the right to feel safe in our country, no matter where they are. The next time something like this occurs, I don’t want to see your thoughts and prayers; I want answers, and I want change. We cannot advance as a society if we are held back by age old amendments and ideas that are making the public unsafe for everyone.