Signs of democracy: Women’s March to the Polls 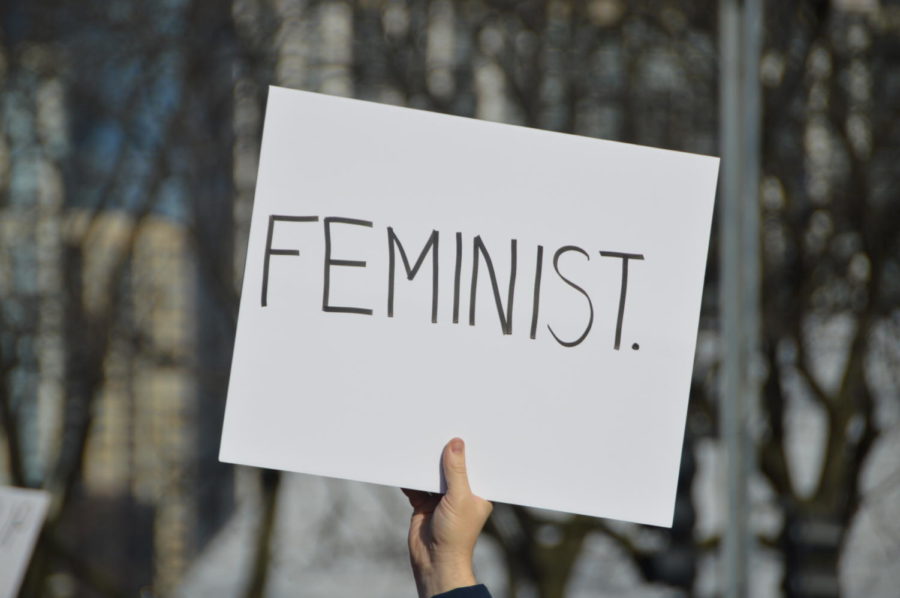 Never before in my life had I seen so many people come together and stand up for a few common causes: love, acceptance and equality. I recognized that the election of an alleged sexual assaulter, racist and liar into the White House was not something I could just sit complacently by and let happen. I knew that through this march, my action, and the actions of other like-minded people all coming together could start a movement.

And start a movement it did.

In 2017, the voiceless were given a megaphone. Through the #metoo movement, sexual assault has been catapulted to the front pages of papers, and men and women alike have finally received justice for the horrible injustices done to them.

Hollywood stars at the Golden Globes and the Grammy Awards donned black attire and white roses respectively to stand against sexual misconduct in the workplace, giving assaulters the message that the time for mistreatment is up.

Danica Roem was the first openly transgender politician to be elected into the Va. House of Delegates, paving the way for transgender citizens as well as other minorities in politics.

Equality finally began seeping its way into politics, the workplace and the minds of the people of America, but we still have a long way to go.

In 2017, Donald J. Trump, proved himself to be one of the most small-minded presidents in American history.

On the environmental front, Trump signed to advance the Keystone and Dakota Access pipeline. He backed out of the Paris Climate Agreement, making the U.S. the only country in the world refusing to address the problem of climate change. On Twitter, he even confused weather patterns with climate change, suggesting that “good old global warming” could solve the deep freeze on the east coast.

On the social front, travel bans, racial and LGBTQ+ insensitivity and efforts to decrease women’s access to birth control have remained on the forefront of presidential news coverage that Trump has deemed ‘fake.’ These skewed values,  blasted on TV screens around the country, have caused increased racist threats throughout the country.

“Since the election, we’ve seen a big uptick in incidents of vandalism, threats, intimidation spurred by the rhetoric surrounding Mr. Trump’s election,” president of the Southern Poverty Law Center, Richard Cohen said in an interview with USA Today.

With a leader that has so blatantly disrespected and disregarded the rights of over half of the country, I knew that this year, the Women’s March needed to be more than a gathering of strong men and women for a similar cause. It needed to have a mission.

So the 2018 Women’s March to the Polls had a goal that stressed progression through the midterm and local elections; it urged citizens to elect women and minorities into office.

Our population is not predominantly older white males, yet our government is. Our melting pot country is not adequately represented in the one place where our rights are determined.

How can we expect legislative progress when our voices aren’t evenly represented in the U.S. government?

This  is why I marched, and this is why, according to The Hill, 50,000 more people showed up to share their voice in Chicago than last year.

I marched because, as a first time voter, I support intersectional feminism and seeing women fight for my rights in office.

I marched because women still earn generally 80 cents to every man’s dollar, and they shouldn’t have to settle for lower wages just because of their gender.

I marched for all of the sexual assault survivors who have come out against their assaulter, and those who are still searching for the strength to come forwards.

I marched for all of the strong women in my life and for the future of equality in America.

This is why I urge everyone to march and to vote.

One gender, race, class or religion is absolutely unable to comprehend every perspective of every American, and this is why we need minorities adequately represented in the law-making process.

Our system of checks and balances was designed to deal with conflicting ideals. Conflict should not be avoided in government.  It should be invited with a growth mindset of acceptance and compromise.

How can we expect to develop as a country if everyone has the same views?

Politics have turned into a form of agitated entertainment. As a young generation, we have the power to change it back to what it was originally meant to be: an environment that respects the diversity of our country and welcomes opposing perspectives.

So I urge you, vote, march, learn and become involved in politics.

Your voice is only as small as you believe it to be.