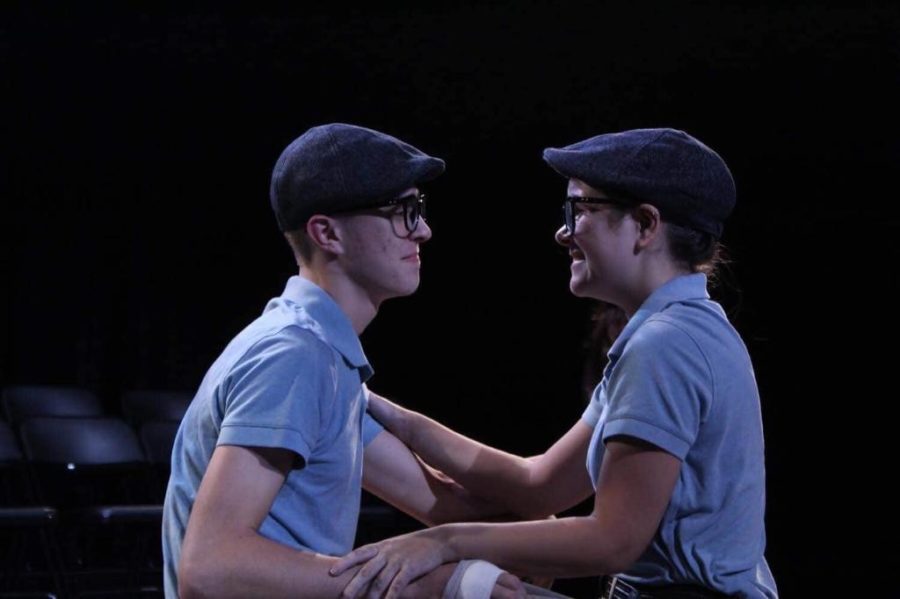 For the first time in play director Lawrence Keller’s career, he will be directing a Shakespeare play full of LT students. This play lets students understand how to act in a serious yet comedic play.

“It’s a heartfelt show and it proves that theater is relevant even hundreds of years after it is written,” Kate Paras ‘20, who plays the main character Viola, said. “We’ve got such a good cast and it’s one of the most fun shows to see and be a part of.”

From October 18 through 20, sixteen select sophomores, juniors, and seniors will be acting in Shakespeare’s Twelfth Night. These students tried out in the spring of 2019 and learned they got the part before summer break. Over the summer, they had to learn half of their lines.

“We (LT) haven’t done a Shakespeare play for a long time and I’ve never directed one,” Keller said.

This play was chosen because of the interactions between characters and it’s a comedy as well as a romance, Keller said. It should appeal to a wider audience since it is a comedy.

The play follows Viola, the character Paras plays, as she gets stranded on an island. In order to serve a duke, she must dress up as a man, but ends up falling in love with him. However, he falls in love with another girl, who ends up liking Viola dressed as a man.

“In this show, the audience knows a lot that the characters don’t, so the characters end up looking stupid and the audience can just laugh at it,” Paras said. “In between the craziness and mistaken identities you get some really cute lovely moments.”

While some people aren’t interested in Shakespeare plays, Twelfth Night will incorporate Old English while making it understandable to the audience and funny. The cast has done a good job at acting even though the old language is included, Paras said.

“It has the beautiful Shakespeare writing for those who love English and literature, and it’s got comedy and drama for those who couldn’t care less about writing,” Paras said.