Students attend workshop to learn how to combat racism, prejudice in school 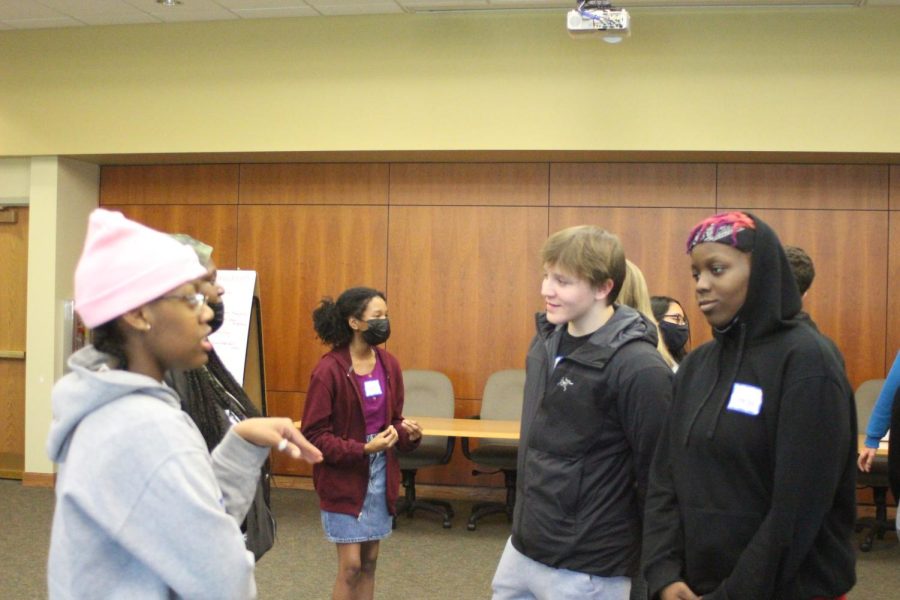 In an effort to continue the push for an inclusive and welcoming environment at LT, Director of Equity and Belonging Jennifer Rowe has worked to launch an additional student support opportunity. In collaboration with the Anti-Defamation League (ADL), Rowe and SC Associate Principal Greg Gardner have helped facilitate a 16-hour World of Difference Training Workshop, where students learned how to confront racism and other forms of prejudice.

While LT’s participation in this workshop had been in the works since the beginning of second semester, the racist incidents and subsequent protests at SC in early February only further stressed the importance of the training, Rowe said.

“I think I’m really lucky to go to LT, but there are definitely times when I am almost embarrassed to say some people are my classmates, [like when these racist incidents took place],” participant Lochlan McElroy ‘24 said. “I feel that [this workshop] is a great opportunity for some students to teach other people [about respect in and outside of school].”

Rowe selected students from the Student Equity and Belonging Committee (SEBC), student protest participants, and other leaders she felt would be successful in this training, and emailed them an invitation to participate, she said. Around 20 students from the invite signed up for the four sessions that were scheduled to take place on March 24, April 14, April 28, and May 12 in the Vita Plena Room at SC from seventh period to 4:30 p.m. each time.

The curriculum was led by ADL representatives, Bill Hicks and Gail Rubin Dallas, who guided students through lessons from ADL’s workbook curriculum, Rowe said. Each of the workshops allowed opportunity for student voice and discussion that empowered students to share and learn about their different identities.

“These activities allowed me to learn about different backgrounds and things that have happened in [people’s] lives,” participant Abena Yeboah ‘22 said. “We’re learning how to understand both sides, but also how to understand ourselves even more.”

Students learned about different biases and the harm they put on schools and individuals, McElroy said. This education was given so that participants could help better LT’s environment by teaching other students about their discoveries.

“These types of trainings empower students and allow them to apply the things they see in the world today and make connections from the historical past to move forward and take actions,” Rowe said. “It’s been amazing, all of the opportunities that I’ve seen at LT and have been a part of this year. This is just one.”