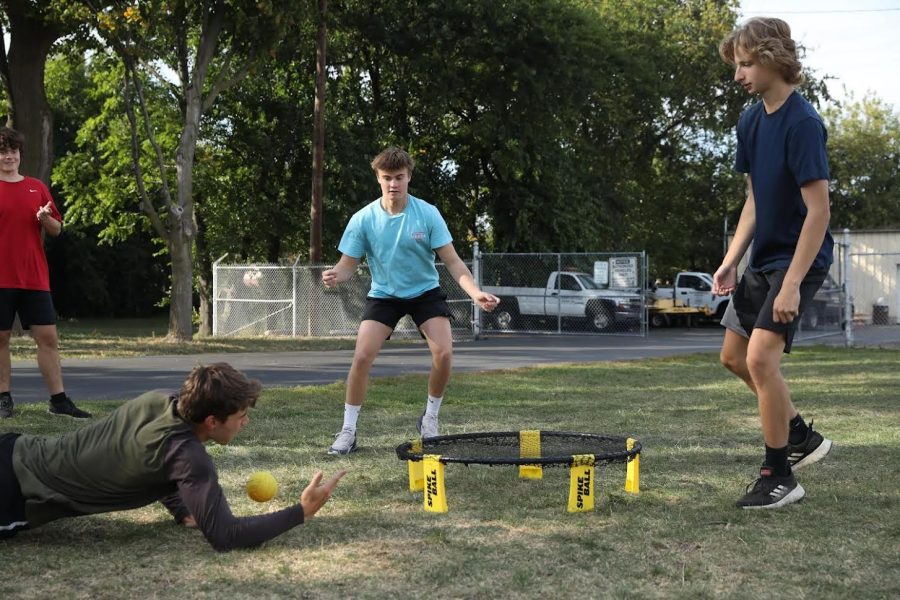 LT has recently introduced the Roundnet club, a club where any student is welcome to come and play Spikeball in groups.

The game of Spikeball is a combination of volleyball and four-square played on a round net with teams of two. The object of the game is to hit the ball into the net so that the other team is unable to return it. This volley continues until one team has hit the ball more than three times or isn’t able to return the ball.

Club sponsor Brian Wolf has been planning to bring round net to the school for several years now. Over the past few years, the game’s popularity has spiked, with tournaments being held for the game across the U.S., and even being featured on ESPN, he said.

Five years ago, Wolf went to his friend, Spikeball CEO Chris Ruder, with the intention of creating a Spikeball group. However, his plans fell through. During the pandemic, though, LT alumnus Andrew Cmelo ‘21 brought up the idea to start a Roundnet group again.  With the help of Wolf and Director of Student Activities Peter Geddeis, the club was finally able to be put in its probationary status, or working or testing status this school year, and should be listed as an official club in the spring.

“I still want kids getting together and doing something together,” Wolf said. “There’s over 5 million people playing Spikeball all around the world, why not have a club for it?”

So far, the club has recruited 75 students who are interested in joining, but the goal is to have over 100 members. The plan is to move indoors and practice on Monday nights, utilizing the gyms for indoor practices, Wolf said.

Out of the many kids planning to join, Josh Santienello ‘23 is ecstatic to be a part of the new club after he and his friends picked it up over the summer, he said. They would get together almost every day and play for hours. When they heard that the Roundnet club was forming at LT, they immediately joined.

“One thing I love about Spikeball is the intensity that every rally brings forth,” Santienello said. “Every point requires a lot of effort and cooperation to win, which makes every match extremely interesting and fun. It’s simple to pick up and can be played anywhere.”

Throughout recent years, the game has gained attention worldwide due to the fact that it’s easy, exciting, and an extremely accessible way to get together and have fun with friends and family, Santienello said.

Down the road, Wolf hopes to be able to find other high schools willing to play against LT, and maybe even try to host fundraisers or legitimate tournaments, he said.

“It offers such a great way for kids to get involved regardless of their athletic abilities,” Wolf said. “You’re connecting and competing with others in a super fun atmosphere.”