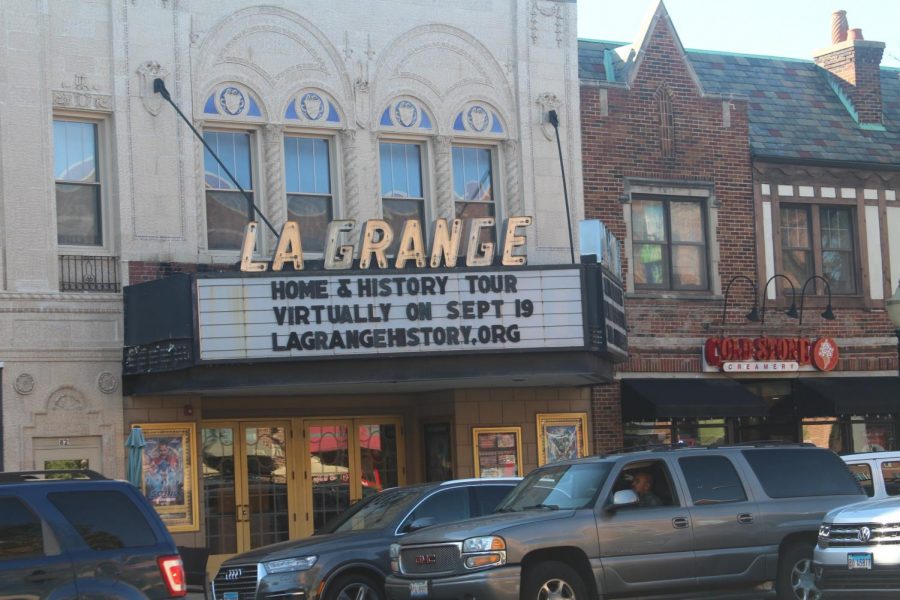 After its abrupt closing in 2020 due to the COVID-19 pandemic, the La Grange Theatre officially announced its return during a village board meeting this October, thanks to a beneficial deal made with Classic Cinemas Theatre Company.

“I think the plan is fantastic,” village president Mark Kuchler said. “It’s a true win for the community.”

Twelve years ago, theatre owners John Rot and Dan Chopp approached the Village of La Grange in hopes of seeking a loan to make considerable repairs to the theatre, Kuchler said. The village agreed to a $1 million loan from their funds, where Rot and Chopp would pay any remaining fees. The only instance where the loan would need to be repaid out of pocket would be if the building was utilized for something other than a movie theatre. That’s where Classic Cinemas entered the deal.

Classic Cinemas—one of the leading movie theater chains in the Midwest—plans to rent the movie theater from the current owners, bringing in their own management and spending over $1 million on renovations, Kuchler said. Such changes will include smaller theaters with reclining, state-of-the-art seating, and the iconic sign outside of the theatre being partially digitized to list the playing films.

“I really haven’t heard any criticism of the deal,” Kuchler said. “I really think it’ll be the best place to watch movies and we could not be more excited to have Classic Cinemas coming to town.”

The Village of La Grange will be profiting from the changes as well, Kuchler said. An “entertainment tax” will place an additional 50 cents on a movie ticket, rebating 50%—or 25 cents—back to town funds. Their current goal is to annually sell 180,000 to 200,000 tickets.

“We anticipate that Classic Cinemas’ investment and upgrade to a first-run theatre will be a game-changer for the village,” La Grange Business Association executive director Nancy Cummings said. “The increased foot traffic into the La Grange Theatre will also bring more shoppers and more diners to our retailers and restaurants, to benefit the village economically.”

The La Grange Theatre holds a great historical significance to the town and it’s the foundation of the business district, she said. It’s transformation will continue to connect people from all over the area, like it has for years.

“The theatre isn’t just an entertainment attraction, it connects the community by serving as a gathering spot for all ages,” Cummings said. “From socially isolated seniors to young families with strollers – and everyone in between.”

Classic Cinemas is hoping to reopen the theatre during the first quarter of 2022, Kuchler said