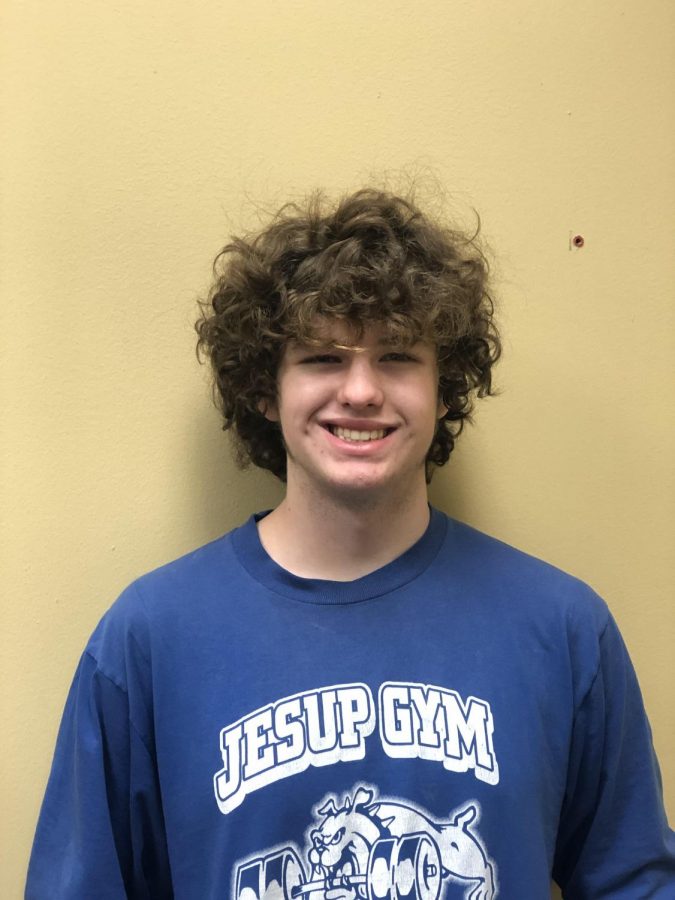 From a very young age, Tye Abbott ’23 has always been fascinated by video games. At 10 years old, Abbott began exploring game design to learn more about how video games were created.

“I’ve always been interested in video game design ever since I was young, but I really only started proper game design about two and a half years ago,” Abbott said. “Ever since then, I’ve worked hard to create games and have become very dedicated to it.”

After completing his previous video game, “Lucid: Parables of the Ubermensch,” he knew he wanted his next project to be bigger and better, with more storyline that everyone could follow along with and enjoy, Abbott said.

Now at the age of 16, Abbott has created his second commercial video game, “RD Mars,” a top-down shooter personal computer (PC) game with a focus on narrative.

“‘RD Mars’ is a character study about this fictional guy named Felix Darwins,” Abbott said. “Darwins is an inventor and in the game you’re exploring his old laboratory through Mars, an artificially intelligent robot. Darwins’ mysterious and intriguing past is analyzed through the game while you explore his laboratory.”

Since the beginning of February 2021, Abbott has been working on “RD Mars.” The official full version release of “RD Mars” will be on Jan. 19 for $5 on Steam, a video game digital distribution service. The game, as of now, can only be played on Windows 10 computers. A version compatible with other computers is in the works, as well as an endless version, Abbott said.

“‘RD Mars’ had a really taxing development process,” Abbott said. “It was my first narrative project and because of that, a lot of ideas I used didn’t end up working out. Overall though, I am very happy with the end result of the game, [and] I’m proud of the ‘RD Mars.’”

Abbott’s AP Computer Science teacher, Natalie Carlson, commented on his game design process. With the game releasing soon, she is excited to get the full experience.

“I am very impressed with his game,” Carlson said. “ His programming skills are very advanced for a teenager. He continues to impress me on his knowledge of the game development life cycle and what it takes to develop a marketable game.”

Inspiration for “RD Mars” came from other video games, specifically “Omori,” a role-playing game with a rich storyline, and a page cramped with ideas, Abbott said.

“I have this notebook in my room, which is this giant stack of paper that has somewhere between 100 to 200 game concept ideas,” he said. “Once I finish a project, I mainly go to that to get a reference for a new project to start working on. I have more ideas than I will ever have the time to make.”

Now that his project is coming to an end, Abbott is looking forward to working on his next video game very soon, he said.

“I’ve been reflecting a lot about game design and I want to find something that is truly an interactive story,” he said. “I want to question the morals of the player in the same way that ‘RD Mars’ questions the morals of Darwins. I want it to be a game to judge these morals and create a story out of them.”