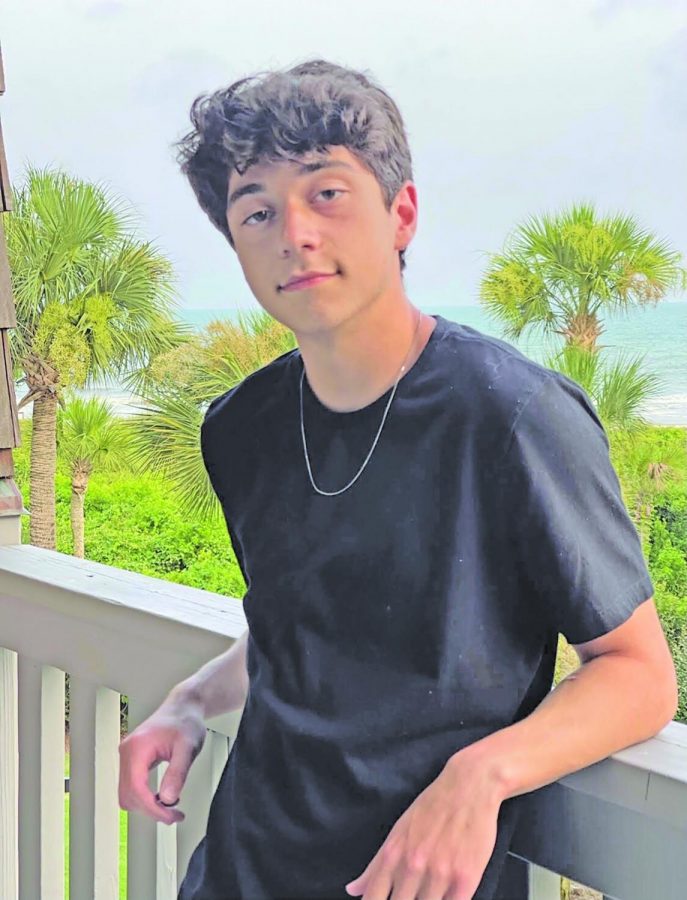 It’s a mellow afternoon in August of 2021. Music producer Matt Vega ‘22 and his friend Xavier McDonald ‘22 are in Vega’s LaGrange home studio sampling beats from YouTube.

“I always had a passion for music,” Vega said. “I knew that I wanted to have a job in it.”

Vega has been working as a music producer (someone who creates beats for artists to use) for five years now. He initially showed interest in eighth grade. Experimenting with random sounds can be all the inspiration Vega needs to create a beat, McDonald said.

“I think that’s the beauty of producing,” McDonald said. “Anything is your instrument and that gives [Matt] a lot of creative freedom.”

Vega gained additional momentum when a song featuring his music was played at the Aug. 26 Kanye West listening concert in Chicago.

“It was a dream come true,” Vega said. “I love Kanye. [He’s] one of my biggest idols and a musical genius, so seeing he knows about the song and that he likes it [is] something I’ve always wanted.”

The song is called “GD Anthem”–the artist behind it is named Rooga. One of the opening lyrics in the song references Vega, saying, “Matt, this beat slap, boy”.

But Chew Chew Beats isn’t the only person who has helped Vega along the way. Mike Riley, Vega’s manager, reflects on the first time he heard Vega’s music.

“I knew Matt was going to [make it] when he first sent over his sounds,” Riley said. “After three to four no’s, I said send me [your] music. I listened and was just amazed by it, [so] I got the paperwork started.”

Both Riley and McDonald thought Vega’s music was made special by its combination of various sounds.

“I think the reason [Matt is] so successful is because he is so interested in so many different kinds of music,” McDonald said. “He is so good at blending all these different genres together to fit into a bigger category.”

Putting this same ethic on display, Vega and his associates tease large projects in the works for the near future, though they are obligated to remain secretive.

“I [have] a couple surprises in the next couple months, [but I] can’t give them away just yet,” Vega said. “I want to keep surprising people and have songs for everybody, so stay tuned.”