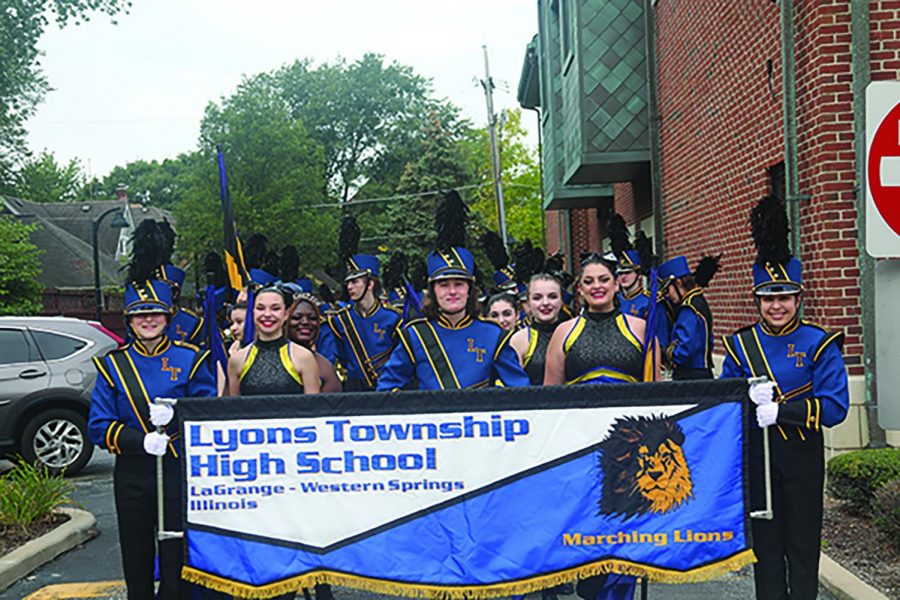 In his 18 years with LT, band director Mark Dahl has never missed an opportunity to bring the marching band together for the annual La Grange Pet Parade, and this year is no exception.

“For as long as I know, the band has marched in the Pet Parade,” Dahl said. “Every year, we’re there.”

Marching band is a co-curricular activity that begins in early August and ends a few weeks into June. Their claim to fame is their half-time performances at football games, but they also perform at local events, such as the Pet Parade. The parade is an annual event that began in La Grange in 1947. This year, the parade took place on Saturday, Sept. 18 at 9:30 a.m.

The band prepares for roughly two weeks leading up to the parade, integrating event practice within rehearsal, Dahl said. These updates to their practice agenda include learning how to line up for the marches, and how the music sequence will fit together. In this year’s performance, the band played the second half of their Motown show featuring hits by the Jackson 5, which was previewed at home games all football season.

“The show this year is the music of Motown and we’re really excited about this show because musically, it’s so great,” Dahl said before the parade. “The [students] have really enjoyed playing the music.”

Drum major Zoe Chabria ‘22 loves being back in-person with her bandmates and finds it rewarding to work with all the students, new and old, she said. In outdoor rehearsals, students can remove their masks, which has helped Chabria form better friendships.

“Getting to know the new members of the band has been really fun and I love the Motown music for this year’s show and parade,” Chabria said.

Chabria’s fellow drum major Nate Spratford ‘23 appreciates the support from the community whenever the band takes the stage to perform, including the Pet Parade, he said.

“I love performing, whether it be marching band, jazz, classical band, speech team, or theater,” Spratford said. “There’s something different, though, about going on the podium with the cheers of the whole school behind you and counting off the band right before we start playing our first song. I love the thrill.”