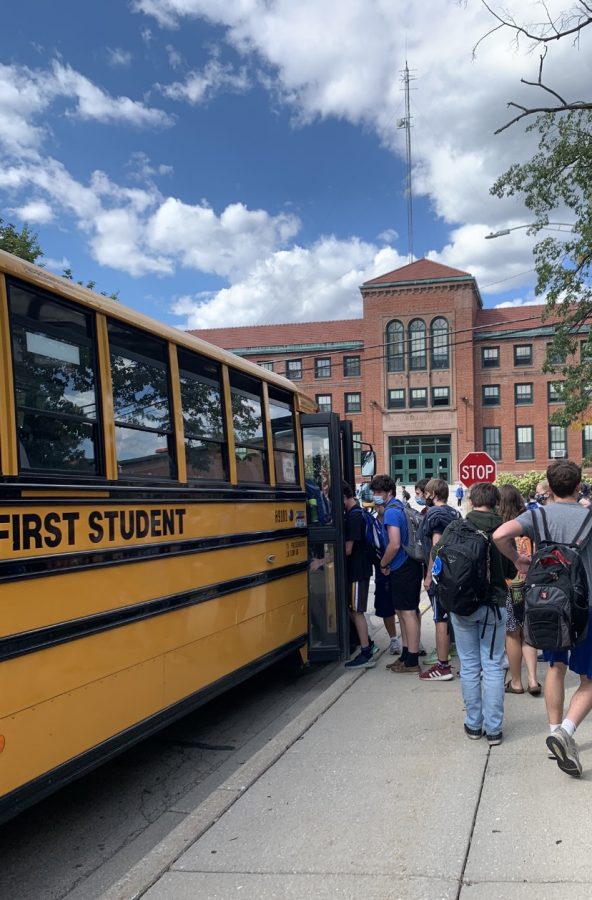 As the first bell rang on Wednesday, Aug. 25, numerous vacant desks filled classrooms due to buses’ inability to pick everyone up at their scheduled time. Students trickled into their first period classes late–missing out on important learning content.

LT implemented a policy to start school an hour later at 8:45 a.m. every Wednesday this year. However, the lack of bus drivers creates a recurring problem for faculty, families, and students, Ava Armstrong ‘24 said.

“I don’t want to miss anything important in my class, but when the bus is late, there is that possibility that I could,” Armstrong said. “My first period is Health and there have been a couple times where I’ve arrived late to class.”

LT’s primary bus provider, First Student, is struggling to staff all of LT’s routes, especially at the later time due to a labor shortage within the bus system, LT Principal Jennifer Tyrrell said. Consequently, some bus stops must be picked up at their regular time on late start days while others do not get picked up until minutes before school starts.

“The late start schedule is very tight,” Tyrrell said. “The last [bus] stop is picking up students about seven minutes before they’re supposed to be on campus for their first period. That’s problematic because it inevitably takes longer than seven minutes to get from that last stop to LT.”

Tyrrell is working closely with First Student and providing feedback, so they can meet the needs of LT’s students in order to ensure everyone makes it to their classes on time.

As the administration continues to work around the lack of drivers available, students taking the bus will not be counted tardy for arriving late to class. Each Wednesday of September more students have been arriving on time, and the problem is slowly resolving itself.

“We’ve seen improvements and are heading in the right direction,” Tyrrell said. “We’re trying to be as compassionate as we possibly can, so if a student is late because of an issue with a bus, they will not be penalized.”