LT given $1 million grant for HVAC improvement after concerns from students, parents, community 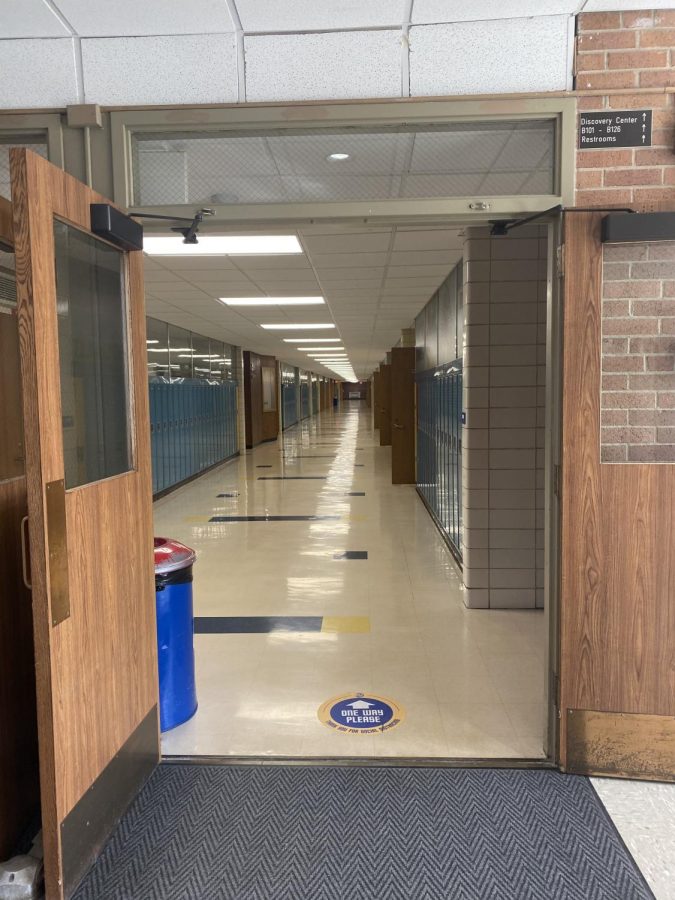 Over the past few decades, air conditioning has been a common concern of students, parents, administrators and candidates running for the Board of Education at LT due to the antiquity of the HVACS at both the North and South campuses.

“I met people who said that their students had passed out in class from the heat and people who said that it aggravated their son or daughter’s asthma,” former school board candidate Ricardo Martinez said. “I met at least one person who said that their son/daughter asked if they could get them a note saying that they had an IEP [individual education program] to take classes in an air conditioned space. I just thought this isn’t fair or equitable, and I was just asking that we make a long term plan to make [A/C improvements] happen.”

Since Superintendent Timothy Kilrea’s arrival to LT 14 years ago, the Board of Education (BOE) has committed to phasing in chilled classrooms throughout the district as older equipment needed to be replaced, he said. Within the last few years, the BOE, with the help of Illinois State Representative Jim Durkin, applied for a capital improvement grant (CIG) through the state of Illinois.

Recently, LT was awarded a CIG of $1 million to go towards HVAC (heating, ventilation and air conditioning) improvements throughout the school. The funds from this grant will likely go towards the increase of additional chilled classrooms located in the B-wing at South Campus and the materials required to complete this project. Piping and unit vent replacements have been completed in 20 classrooms over the past few years, and the next and one of the final steps is to install a chiller.sa However, the decision on the expenditure of these funds is ultimately up to the BOE and which repairs they decide to be most necessary as they continue to discuss the 2021-2022 school year.

After phasing in air-conditioned spaces to approximately 50% of North Campus, B-Wing was chosen for these new improvements as it is one of the warmest wings at South Campus, Kilrea said. It is directly hit by the sunlight during the hot months and is the furthest away from the area where the new chiller will be located. As the district continues to phase in additional chilled classrooms, they will be working closer and closer to the location of the chiller, making the construction process less complicated and less disruptive towards students’ learning as they move in.

“When we have a stretch of hot days, it has been common to hear concerns regarding the comfort level of students and staff, as well as the potential impact on learning,” Principal Brian Waterman said. “We are fortunate in this climate that [warm temperatures] do not affect a significant amount of days per year and that our Board of Education, throughout the last 10-plus years, has committed resources to improving our HVAC system when the opportunity arises.”

An estimate was given to the BOE of upwards of $30 million needed to install A/C in the large majority of both campuses, Waterman said. This high estimate was given because of the scale of the campuses, the routing of piping in and out of the building, and the hiring of engineers, construction workers and architects.

“If the school board is able to improve [A/C conditions], it would improve our learning,” Martinez said. “I found some research that said that each one degree fahrenheit increase in school temperatures reduces the amount of learning that year by 1% when it’s above a normal temperature. And so you think, well, if 78 degrees is a normal temperature in a classroom and we’re at 90 degrees for 30 days, then that’s a 12% reduction in learning during this time, and I don’t think that’s positive.”

As of right now, it is most economically and industrially sound to install new A/C units in chunks at a time, Kilread said. This will get the capital work done during the narrow window of summer when students will not be restricted from coming to school due to construction projects.

“Since we are inside the building the majority of the day, A/C should be one of the top priorities since school in general should be a comfortable learning environment, and I think A/C plays a huge role in that,” Beth Bourjaily ‘22 said.

Currently, A/C units have been installed based on necessity and/or convenience, Kilrea said. They have installed units in places such as the aviation and computer labs which hold important computer software, the library to protect the books, and the special education classrooms that have different needs for temperatures.

“It is a comfort level for everyone and [the pandemic] certainly adds something that no one saw even 13 months ago,” out-going BOE President Tom Cushing said. “But we still have our limitations. Should [A/C] have a higher priority than [if] the boiler that heats, for instance, North Campus goes out?  If we can’t have school for months, then I would say the boiler has a higher priority. It is all a balance.”

Eventually, the board plans to add A/C to the entire school. Although it may take some time, they hope to use some money from the new bond issue coming up in 2023 towards HVAC improvements.

“As a student, I know that it is easy to complain about the A/C without thinking about all the parts that play into it; however, I think our brain function can slow down in the heat and having high quality air conditioning can improve that,” Bourjaily said.