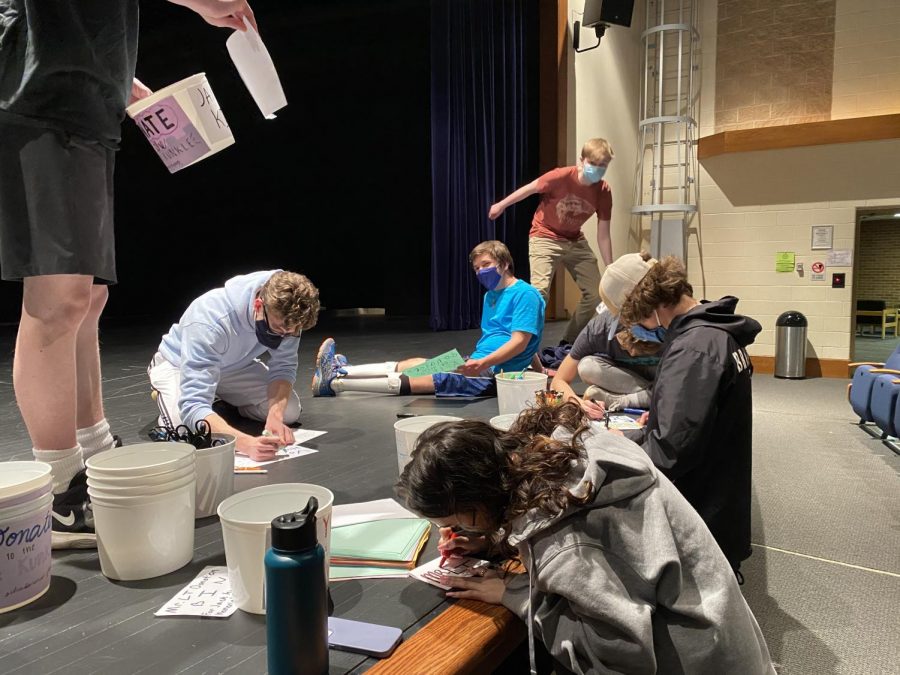 The Mr. LT Pageant will occur on Friday, May 14, although it will look different compared to previous years. Since January, organizers Taylor Schullo ‘21 and Morgan Kearney ‘21 have been coming up with a way to work with COVID-19 restrictions in order to make the show as similar to previous years as possible. They are still deciding on which online platform to livestream the pageant, Schullo said.

The Mr. LT Pageant is an event where senior and junior boys go through three rounds: swimsuit, talent and questions, Kearney said. The rounds are intended to be humorous, and the contestants participate in order to help raise money to donate to the Jack Kunkle Memorial Foundation, which is in honor of a former LT student who passed away in 2014. The foundation uses the donations to fund an LT scholarship. This scholarship was created in 2015 and is for seniors who took part in performing arts at LT.

“Mr. LT is a bunch of boys who can’t really dance and don’t really have a lot of skills who are just trying to have a fun get-together,” participant James King ‘21 said. “It’s a really fun, high spirited event.”

Last spring, Mr. LT participants sent in pre recorded videos due to COVID-19, Kearney said. This year, the participants, MCs and judges will be in person, and there is a possibility that a small audience will be able to attend the event since restrictions are lighter than last year. It’s likely that LTTV will broadcast the pageant.

Practices for the pageant have been over Zoom, but in-person practices started on April 5, Schullo said. The theme changes yearly, and this year’s theme has to do with winter.

“It should be really fun and it will be exciting to hopefully have a small audience,” Kearney said. “Make sure to watch the live stream.”