Receives this honor for the seventh time 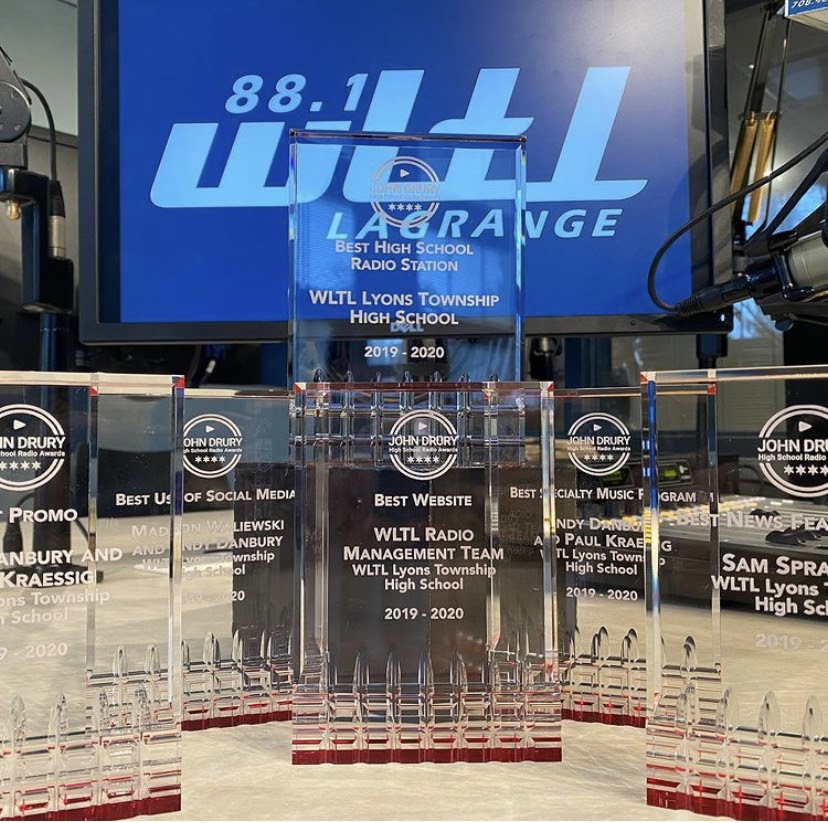 LT’s student-run radio station, WLTL, was named Best Radio Station in the Nation at the John Drury High School Radio Awards for the seventh time since the awards were created in 2002. In addition to being awarded best radio station, WLTL took home five awards in the individual categories that were announced on Dec. 5.

“Despite the fact that much of this work was done at home during a pandemic, the students still strived to do the best that they could, and with or without this award, that was simply amazing to me,” general manager of WLTL Chris Thomas said. “Having them take home the award for it all made it even more amazing.”

“The other stations and schools that were up for this award are likely just as deserving, but what I think what sets WLTL apart is that we are truly a student-run radio station, and that means our students truly take ownership of the product,” Thomas said. “And when you are personally invested in the product, of course you are going to make it the best that it can be.”

The strengths of WLTL that ensure quality work year after year are that everyone encourages one another and promotes positivity throughout the radio station, program director Lilja Waliewski ‘22 said.

“Everyone truly works together as a team to be the best they can be,” Thomas said. “And if it is something they are doing as an individual, everyone wants to ensure that their work is up to the high standards everyone expects from WLTL.”

“Winning awards is nice, but it isn’t our focus,” Thomas said. “Our focus is helping the students be the best they can be. And because they want to do this, they want to learn and grow and get better. And when they do, they produce some amazing programs, that as a bonus, get them some pretty cool national notoriety.”

With COVID-19, WLTL had to adapt to a changing work environment. In March 2020, WLTL was unable to go live on air from their homes, so they focused their energy on things they could produce at home, such as podcasts and online content. Over the summer, WLTL purchased and installed additional equipment to allow students to live-broadcast from their homes with a laptop and a smartphone, Thomas said. WLTL is now focusing again on both on-air and off-air content just as they would if it was a normal school year.

“I 100% think that being named the best high school radio station during a pandemic feels important because we were dedicated to try this challenge,” Waliewski said. “This was a group effort and shows that no matter what is happening in the world we can still have an effect on people with the radio, and it feels amazing to be a part of a program that is filled with people who took the time and dedication to make this radio station the best.”