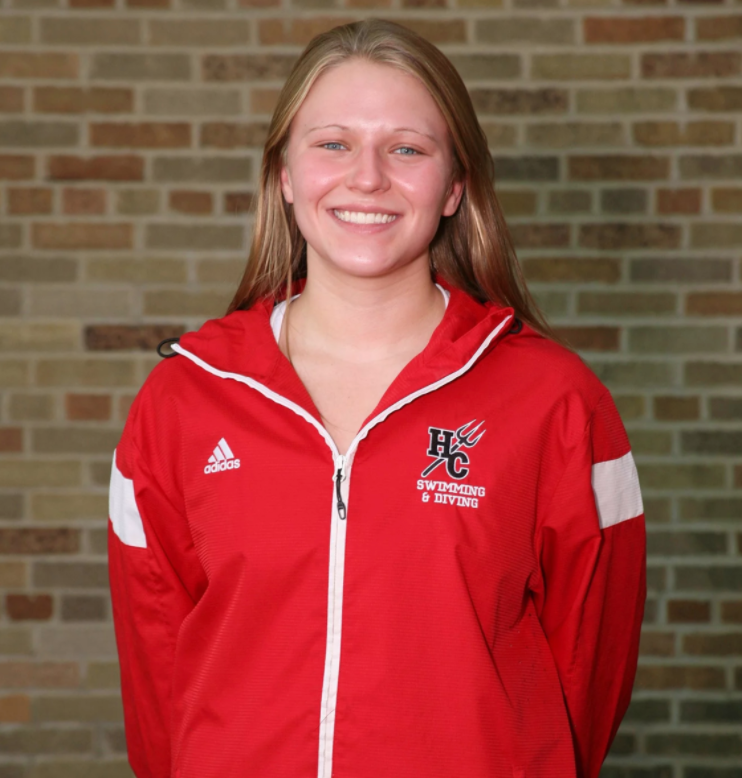 Hinsdale Central sophomore Kendall Pickering and father Robert D. Pickering were killed on Dec. 15 after colliding with a tree off a North Carolina interstate highway. According to Pickering’s swim club team, FMC Aquatic, the pair was traveling to visit colleges along the east coast and in Florida.

As a swimmer who held 16 records on the Red Devil varsity swim team, Pickering is remembered for her athleticism and commitment to swim. Adam Cremieux, Pickering’s head coach at FMC Aquatic, recalls her determination and passion for swimming.

When Pickering was only 14, Cremieux moved her up a group and paired her with one of his older and stronger swimmers, he said. Cremieux spent the entire practice throwing his hardest drills at Pickering, who did not complain once.

“She was doing too good,” Cremieux said. “I remember that day was the hardest workout I ever gave anybody, and she took it in stride and overcame it.”

Despite Pickering’s longtime goal of becoming an Olympic swimmer, she rarely talked about it with her coaches and friends, Cremieux said. The Olympics were more of an idea for her next step, rather than a goal for the present. Nevertheless, she had the potential to perform well and trained with an Olympic trial finalist.

Margaret Meehan ‘21, Pickering’s teammate at FMC and opponent as a member of the LT girls’ varsity swim team, remembers Pickering less for her athletic accomplishments and more for the type of person she was, Meehan said.

“In October, she had one of the best meets of her life,” Meehan said. “She swam incredibly well and won so many events. When I texted her afterwards and told her good job, she replied congratulating me on being named a National Merit commended student, so she wasn’t even thinking about her own accomplishments, which speaks to her selflessness.”
Pickering was incredibly humble and always encouraged her teammates, Cremieux said. She was a team leader, and her presence made others, including her senior teammates, faster and stronger.
“You would never know she was a state champion,” Cremieux said. “When she was on the side of the pool, she would cheer on others and say what a good job they were doing, when in reality she could beat that person by five or 10 seconds.”

Pickering’s reliability and support as a teammate impacted Meehan in many ways, she said.

“Kendall was mature beyond her years,” Meehan said. “She never let a bad race or practice make her mad and would encourage everyone to keep moving forward. When she was just a freshman and I was a junior, she told me that my race time does not define me as a person, which is the kind of thing she did a lot.”

Pickering’s sportsmanship was recognized by the swim community in Illinois at different swim meets, Meehan said.

“One thing I’ll always remember is how she would come up to you before a race and give you a thumbs up or a high five,” Meehan said. “It didn’t matter if she was swimming at Central or we were swimming with our club, she just wanted the best for everyone.”

The Hinsdale Central community has been honoring and remembering Pickering by displaying red ribbons in Hinsdale and showing support on social media. In addition, over $50,000 was raised through a GoFundMe campaign for Pickering’s mother, Kim Pickering. Family and friends gathered for a memorial service at The Christ Church of Oak Brook on Dec. 28.

“I just hope that people try to bring an ounce of the joy Kendall brought to others everyday,” Meehan said. “It would make the world a much better place.”