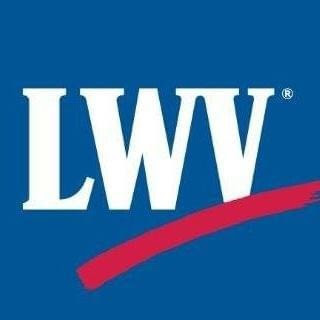 The League of Women Voters (LWV) of the La Grange area hosted an informational meeting on Thursday, Oct. 22 about the effects of climate change via Zoom. Climate Change Reality Project speaker Kent Taylor led the discussion with his fact-based presentation, warning listeners of the dangers that climate change creates for our planet.

“[Climate change] is really going to affect, if it hasn’t already, the quality of life for everyone,” co-president of the LWV of the La Grange area Laure Braun said. “Young people in particular are going to be inheriting a world with huge problems caused by what we’re doing to our planet.”

The call was open to the public for anyone to join. It was centered around three questions: must we change, can we change and will we change, Braun said. The third question, will we change, was focused on the people’s ability to stress the importance of climate change to their representatives so that changes can be accomplished in a timely manner.

“I would urge everyone to get to know their representatives and talk to their members of Congress,” Braun said. “They should be talking to the representatives about how they want policies that affect climate change.”

In addition, the presentation provided facts and statistics regarding climate change, as well as information about actions that citizens can take to fight greenhouse gas emissions, co-president of the LWV of the La Grange area Ann Lee said. Limiting the use of disposables, practicing composting and diverting from fossil fuels were just a few of the many actions that were suggested to attendees who wanted to play a part in stopping climate change.

“Some of the attendees might decide to join the Climate Reality Project group and become very active or even become activists” Lee said. “But if nothing else, at least they’d be more aware of the data that proves that [climate change] really is a crisis.”

This year’s ballot for the Lyons Township area will ask voters if the U.S. Congress should pass legislation to place a carbon fee on fossil fuel producers. The carbon fee and dividend bill will provide businesses and consumers with a reason to reduce climate-disrupting emissions and encourage the transition to clean energy. The LWV of the La Grange Area is in support of the carbon tax to address climate issues, Braun said.

The league strives to remain unbiased in political beliefs; however, their positions on climate change are based on many of the well-known facts from scientists, Braun said. There is a virtual consensus among scientists that climate change is happening and that humans are partly responsible for it. Since markets are not making big changes regarding sources of energy, the need for public policies that would help to slow down the process of climate change is becoming more prevalent, Braun said.

“[Climate change] is a crisis that we really need to address, and while there are certainly things we can do on an individual level, really the key is fighting for policy changes,” Lee said.