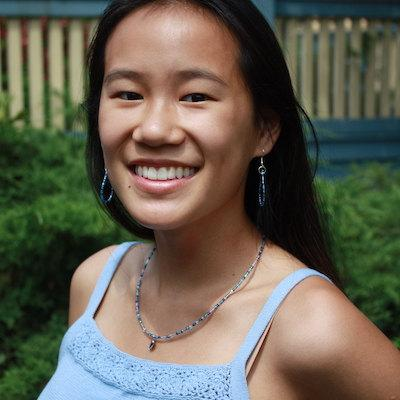 At 10 years old, Elena Stoddard ‘21 spent the majority of her summer days crafting jewelry in her basement and selling her creations to her neighbors. Over the past few months, Stoddard has returned to her creative roots, launching her own small business through Etsy.

“I’ve been wanting to do this for a long time,” Stoddard said. “Inevitably it would have happened sometime in my life, but this year, due to just the extra time I had at home in quarantine, it made sense.”

Iridescence by Elena is a small jewelry business, operated under the parent company of Etsy. Stoddard’s baseline products include necklaces and bracelets. According to Stoddard, how long it takes to create a piece of jewelry depends on the style and design. She often replicates her work, utilizing past designs, but creates new designs in her spare time.

“I get together whatever beads I have, and then it’s really just trial and error for me,” Stoddard said. “I’ll line beads up and just see what I think looks good.”

On June 30, Stoddard received her first order. Since then, there have been a total of seven orders—three from Etsy and four from personal social media requests, she said. Anna Pritz ‘21, one of Stoddard’s first customers, purchased a necklace featuring a lava bead—a cool, round-shaped molten rock that can be infused with essential oils.

“It’s durable and a perfect way to add a bit of color to your outfit,” Pritz said. “Elena’s always given me homemade jewelry for my birthday or [for] Christmas that I’ve really liked, so I felt an obligation to show my support and love for her.”

One of the main ways Stoddard reaches clientele, such as Pritz, is through social media. Stoddard manages both an Instagram and TikTok account featuring her designs, clients and tutorials, she said. Using photography and videos, Stoddard captures both the product and process of her creations on all of her platforms, including her Etsy website.

While her business is small in terms of customers and followers, it took a lot of work to initiate and still does to maintain, Stoddard said. To start off, she read a variety of how-to blogs and watched several instructional YouTube videos for guidance. She ultimately chose to open through Etsy, a company known for supporting various homemade jewelry businesses. Elena’s father John Stoddard helped with some of the logistics. Although he voiced his initial hesitation about Stoddard’s idea, he fully supports her ambition.

“There’s always a concern when you’re putting yourself out there on the internet and making something you’re doing actually public,” he said. “It’s one thing selling to your friend, but it’s very different when you start putting yourself on the internet. That being said though, we were very supportive of it. We’ve always admired her ability to create these things.”

Aside from being just a creator, Stoddard is also an active member of her community. While the average price of a jewelry piece ranges from $10 to $20, Stoddard has pledged to donate 20% of her profits to charity, specifically the American Society for the Prevention of Cruelty of Animals (ASPCA), she said. Having grown up as a daughter of two zookeepers and a pet owner herself, Stoddard knew starting with this organization was a perfect representation of herself and her values.

Not only did she want to create a product that gave back to the community, but also one that made her customers feel beautiful.

“That’s the main goal of this,” Stoddard said. “That’s why I chose Iridescence as my name. The word itself means glimmering and shining from different angles. I think that’s what we all are.”