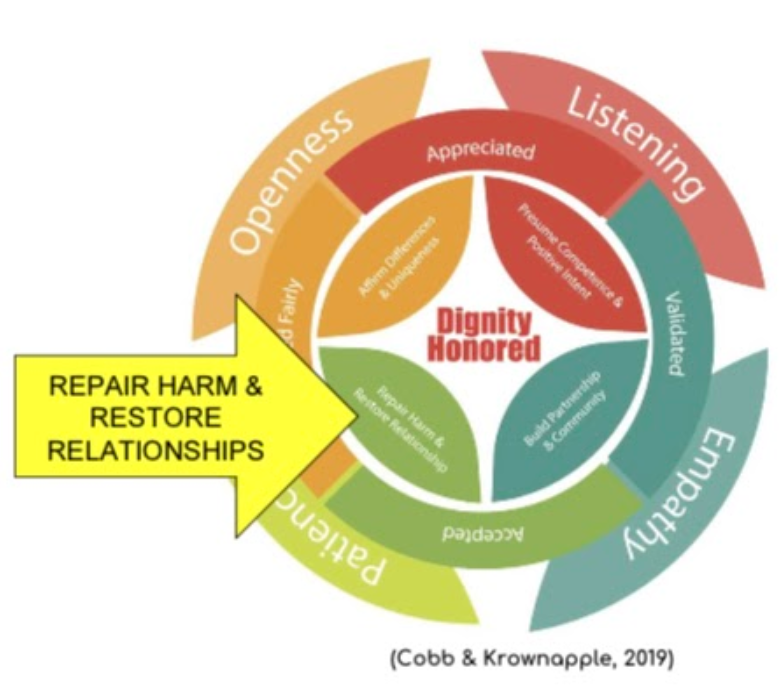 Screenshot of a slide from the student focus group presentation

On July 8, Alejandra Rodriguez ’21 stepped through the doors of LT and into a room of apprehensive students and faculty. Rodriguez, along with around 30 of her peers, was there to open up the conversation about racism and exclusion at LT during the student focus group hosted by Principal Brian Waterman.

“Right now, there’s a lot happening and a lot of tension as far as the achievement gap and racism,” Rodriguez said. “As a Latinx student, [the focus group] was an easy way to have my voice heard. It helped [me] to feel respected and to know that our principal wants to hear our input.”

The rise of activism and renewed worldwide effort in the fight for equality sparked Waterman’s idea to reach out to students who expressed interest in being part of the conversation, Waterman said. He and other staff members wanted to provide students with a platform to speak out, share their experiences and ultimately cultivate a sense of belonging at LT.

After hearing students were interested in taking action at LT, Waterman worked with a small group of administrators and staff to host the July panel in person, Waterman said. He believed this would make for a more meaningful, impactful experience. Attendees followed proper COVID-19 precautions by wearing masks and social distancing.

“The [initial] goal was to acknowledge that we have work to do,” Waterman said.
“It’s important that we highlight and work towards building a school community where everyone feels a sense of belonging.”
The student focus group, which took place from about 12:30 p.m. to 3 p.m. at NC, centered around a framework called “Included Brainwork,” Waterman said. This framework, discussed by a cohort of six staff members, is based upon dignity and how it can either be violated or honored.

The meeting began with laying out the guidelines that would help to create a safe, confidential space for students to share their experiences. Waterman also took time to introduce the “Included Brainwork” framework. Students were then given the opportunity to speak in the large group.

“We had students share a positive experience they have had at LT and asked them to consider the conditions that were present in order for that to happen,” Waterman said.

Upon opening up this discussion, Waterman was then able to shift the focus towards the problems that needed to be addressed, Waterman said. Students were split into smaller groups and were provided with the opportunity to share a negative experience they have had at school or within the LT community.

“The next step after that was figuring out how we can repair these mistakes,” Waterman said. “We’re included in a society with a long history of systemic racism, and we have to continue to keep this topic at the forefront of our minds. There have been moments of hope that were quickly distinguished, but I think that using this format has a lot of promise because it provides an environment for students to share their stories. I think we’ll also generate ideas out of hosting these panels to make all 4,000 students feel more safe and included.”

One of the team members that planned the panels was teacher and African American Community Liaison Nikita Hulbert. Hulbert, alongside five other faculty members, met to discuss solutions and ways to move forward.

“I distinctly remember telling the students I was so proud of them for being curious and reaching out to ask Waterman what they could do,” Hulbert said. “Just asking that question really opened up something unique and powerful.”

Hulbert has been the African American Community Liaison since the position was first implemented over 10 years ago, she said. With this job, Hulbert is constantly researching ideas and practical strategies to implement at LT and works to address issues of racism and social justice as they relate to academia.

“I think it’s difficult for people to see, but there have been several initiatives [within District 204] that have had a measurable impact on the emotional and academic well being of students,” Hulbert said. “However, we have a long way to go. We have to start speaking up and making it clear what we value, and not just when it’s convenient.”

Continued efforts are being made by Waterman and the rest of the staff to eliminate racism and other issues at LT and improve the environment for students. Waterman hopes to host more student focus groups once the school is able to shift their focus from getting high priority students back in person to other concerns.

“We were originally hoping to host [a second panel] in August, but I didn’t feel like it would have had the same impact on Zoom,” Waterman said. “Right now, we’re hyper-focused on getting high priority learners back on campus. Once we do that, we hope that will open up opportunities for groups to meet.”

Students including Rodriguez look forward to seeing the progress that will be made, both as a result of the student focus group and in the future, Rodriguez said.