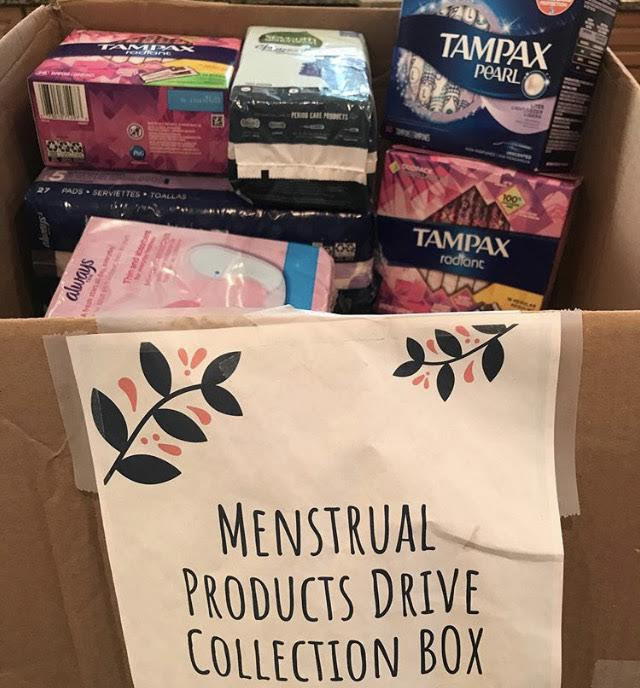 Sophia Schultz ‘21 was participating in a conversation about how many women struggle to afford proper menstrual health when she became intrigued by the idea that she could make a difference in the situation these women were in. Schultz began to organize a feminine products drive that would bring awareness to the period poverty crisis.

“Someone like me or my friends would never second guess whether we have products available when we get our periods, and I have never had to worry about having enough money to buy more when I run out,” Shultz said. “So to think about how many people there are that can’t just go out to the store and buy tampons or pads because they cost too much is just horrible and definitely a privilege check.”

Schultz participated in a virtual day camp for Jewish teens in the Chicago area titled Camp Tov that went from Aug. 10 to Aug. 14, she said. The camp focused on Jewish values and allowed campers to meet with various organizations that aid in preventing different issues facing the community. Schultz learned about how she could fight for menstrual equity and decided to help.

“If I can do something that even just makes a tiny impact in ending period poverty, I want to be able to do it,” Schultz said.

Schultz, who is also a news editor for the Lion newspaper, learned about how to get involved in the menstrual movement from the founder of Cycle Forward Sophie Draluck. Draluck started her operation to collect donations for women in need of menstrual products and also to bring awareness to a topic that is not mentioned often, Draluck said.

“I think [Sophia] was really motivated to do something about it,” Draluck said. “She saw right away that this was something that needed to be addressed.”

Draluck gave campers multiple options to become involved with Cycle Forward, she said. These included sending out informational emails explaining the background and purpose of Cycle Forward, starting a period product drive, or reaching out to women’s shelters to see if they would like to receive period product donations. Draluck was unsure of how many people would choose to start a drive because of the added work and dedication that comes with it.

“Most of the campers chose the email option and obviously the drive is a bit more involved, so I wasn’t sure if anyone would participate in that,” Draluck said. “I was thrilled to see that Sophia was getting involved in such a meaningful way.”

The steps Schultz took to complete the drive included finding a box for storing the donations and making flyers that explained she was collecting period products for women in need. Schultz also used social media to reach out to family and friends to inform them about what she was doing, and collected packages of feminine products until Sept. 17.  She was able to completely fill up her box with the donations of packages of feminine products.

“In this country period products are already expensive, and then they’re taxed as a luxury good rather than a necessity, so they’re even more expensive, which I think is crazy,” Schultz said.