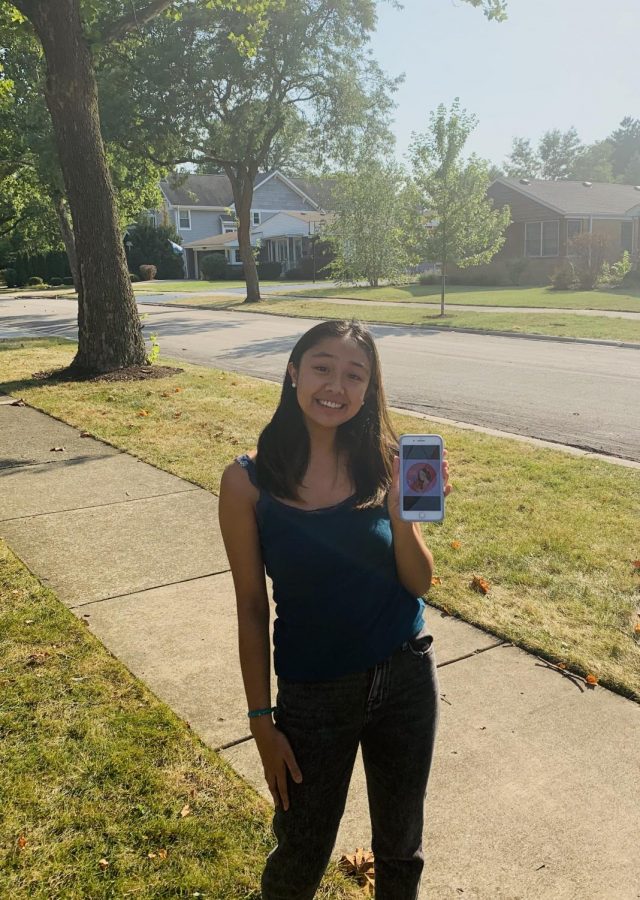 As any regular day in middle school, Genesis Magpayo ’21 sits at her lunch table surrounded by her friends waiting to eat her favorite Filipino dish, Kare Kare. She opens her lunch bag and takes a bite. Not a second later, a girl from the other end of the table asks what her food is and questions the unfamiliar dish with a disgusted manner. Magpayo continues to go more in depth about this story and other microaggressions she has faced on her podcast to her co-host Alina Rahim ‘21, a student at Stanford’s online high school in Idaho.

Magpayo created her podcast “Dear Asian Girl” over the summer to talk about experiences similar to this one that girls face in the Asian community. She joined the nonprofit “Dear Asian Youth” and pitched the idea to start a podcast focused on “uplifting, supporting, and highlighting girls” everywhere,” the podcast said. The idea was quickly approved.

Some of the topics covered on her podcast are Asian fetishization, lack of Asian representation in the media, and the model minority myth. This myth stereotypically perceives all Asians as extremely intelligent, successful people, Magpayo said.

“It is definitely something that erases your culture and who you are as an individual because you are being put up on this pedestal,” Magpayo said.

“Asians in general are pretty used to being gaslighted because we’re perceived to be the race that is known to be quiet or soft spoken,” Giri said.

In the LT community, numerous people have reached out to Magpayo saying they have shared similar experiences as those discussed on “Dear Asian Girl.”

“[The podcast has] definitely gotten a lot of positive feedback and a lot of people are being more vulnerable in telling their stories and their experiences [regarding stigmatization and racial stereotypes],” Magpayo said.

One of the reasons why Magpayo created the podcast was because she never felt there was a specific podcast or media that represents Asian girls, Magpayo said. She wanted a safe community where people could come to listen and talk about their experiences as Asain youths.

When Magpayo was young, she struggled because she was different, Magpayo’s mom, Benilda Magpayo, said.

“She was getting bullied in school because of her skin color,” Benilda said. “What Genesis underwent was horrid.”

Magpayo’s whole family has experienced similar events. When Magpayo was 11, she was in the car with her siblings and mom when a police car pulled up next to them. The officer boxed them in, so they couldn’t exit their vehicle.

“The kids were starting to get scared because the officer wasn’t even greeting us,” Belinda said. “He didn’t answer, he just stared.”

Although Magpayo said she has faced backlash because of her culture, it is also something that reminds her of who she is. In the town of Western Springs Where she lives, 96.8 percent of the population is white and 0.9 percent is Asian. Being part of a small Asian population in the community, she believes it is important to try to connect with her culture, Magpayo said.

“It is hard to find a way to embrace my culture and identity,” Magpayo said. “Having Fillipino food is the one thing that connects us all together.”

Benilda has learned a lot through listening to her daughter’s podcast. When she  immigrated here, she didn’t realize how much of the population was white and what her children would have to go through as a result, Magpayo said.

“I am proud of Genesis,” Benilda said. “ I admire how, [the podcast] is something that is a service to the community.”

Currently the podcast has produced eight episodes and has about 3,700 plays overall, Magpayo said. Her podcast can be viewed on Spotify and Anchor.

“We didn’t think it would expand this big, but it has, and we’re truly grateful for it,” Magpayo said.

In the future Magpayo plans to make more episodes alongside her co-hosts. She hopes to grow her podcast in listeners. But overall Magpayo hopes girls find her podcast relatable and that it leaves them feeling less alone, Magpayo said.