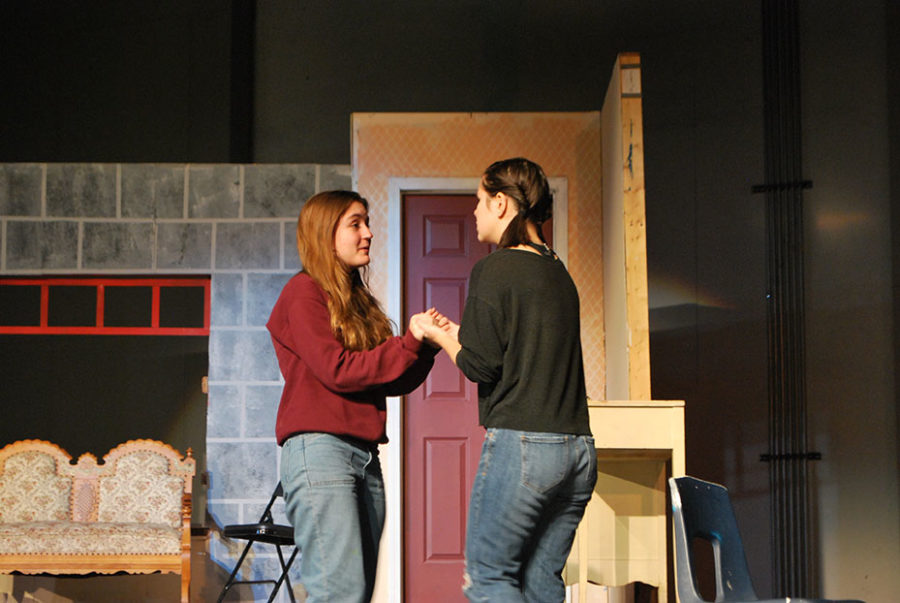 Director Kirsten Manthei chose to bring the play “Steel Magnolias” to LT because of the female talent this year, she said. The play features an all female cast of six.

“There is a warm interpersonal connection in the play,” Manthei said. “It will come across as you watch these women go through their experiences together.”

The play is Dec. 13-15 in the NC Reber center. LT’s version of Steel Magnolias is based on the original play from 1987, Manthei said. It follows six women in 1989 living in small town, navigating life’s events with only each others’ help. The entire play takes place in a beauty salon where the women get their hair done. Each scene marks time passing and a different major event happening in one of the women’s lives.

“‘Steel Magnolias’” is a subtle female empowerment story,” Manthei said. “The dynamics between the characters demonstrate the resilience of mothers, daughters and friends.”

The main themes of the play are female strength and bonds, Manthei said.

“It’s very real,” assistant director, Sawyer Reid ’21 said. “Everyone knows those old ladies that talk about the town and that’s what the play is.”

The play has both comedic aspects and well written dialogue which makes the characters engaging and realistic, Manthei said.

“The mirror is the audience,” Reid said. “The characters are going to look off into the audience and play with their hair as if there staring into a mirror.”

Having only one set limits the actors with possible movement that are done on stage, Manthei said. The play’s complex characters and deep storyline all done with a Southern accent have also led to some difficulty, she said.

“Each scene takes place in a different season and the stage shows that,” actress Olivia Greco ‘21. “I love the atmosphere of the set.”

The goal is that the play will go smoothly and that the audience is entertained, Reid said.

“Ultimately [I hope] that myself, Sawyer and the cast enjoy it because that’s the number one thing when you’re creating art: the artist need to love it,” Manthei said. “I hope people come see it.”