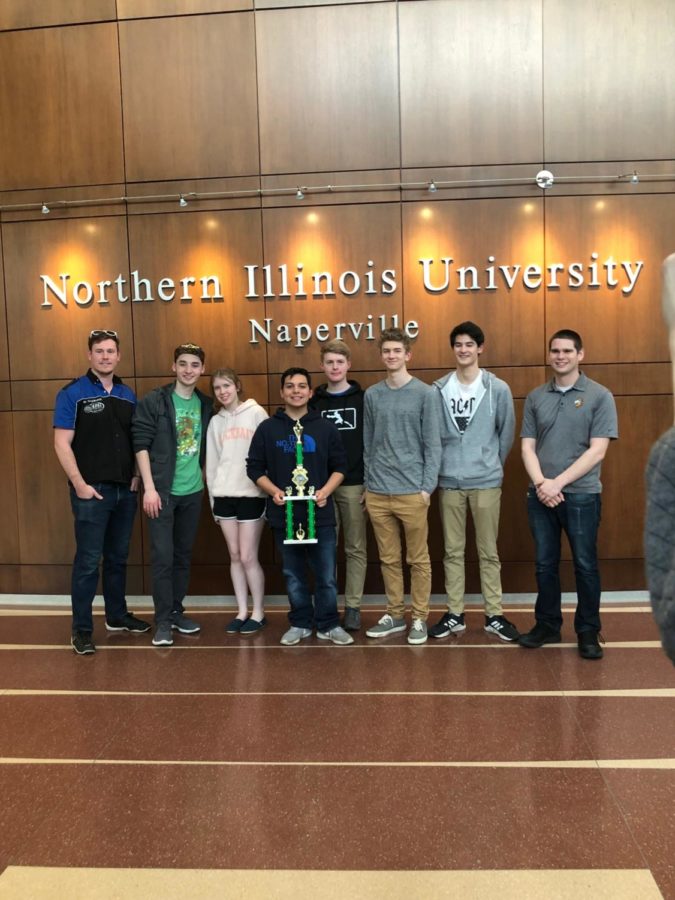 The long battle in the championship match on May 4 saw the LT eSports team emerge as the second best eSports team in Illinois behind Naperville North. The tournament marked the club’s first in-person competition, traveling to the NIU eSports Arena that recently opened this month in Naperville.

“It was amazing to see how the students quickly adapted to the in-person environment,” Josh Nabasny, club sponsor said. “They were excited and scared at the same time, and it made it an amazing experience for the students and I.”

The eSports club is a competitive video gaming club that provides students opportunities to use their video gaming skills to compete for scholarships and play at a professional level, Nabasny said. The club started this year in March 2018. In the club, students use the time to discuss different strategies against other teams and run drills that will involve difficult plays to counteract opponents in games.

“The main goal of eSports is to let kids who don’t fit in other places do something where what they like to do is ‘normal’,” Grace McGann ‘20, Club President said. “Playing video games at a competitive level against other teams from the nation isn’t really considered ‘in the norm.’ But with more and more schools jumping into the trend, I think we’re getting closer to that point of eSports becoming a normal thing. ESPN even broadcasted a huge Overwatch League match. That definitely shows how people are starting to be more accepting of eSports as a whole.”

The club member numbers vary due to sports and other school requirements, but they average 20 to 30 active club members that are competing in competitions every season, Nabasny said. Most teams are comprised of five to eight players, and when going to competitions only members of the team participating will go. The teams are created at the beginning of the year.

When the club got to the NIU tournament around 10 a.m., they went to their assigned room to go over strategies, maps and quick communication lingos with teammates, McGann said. The other schools in the competition were Glenwood, Oswego and Naperville North high schools. After going to their room, they set up their peripherals at the computers to warm up, log-in and start the match.

The club prepares for competitions by practicing four to five times a week for two hours just like any other regular sports team, McGann said. They usually scrimmage against another team at the same level as them so they can practice team composition such as going over strategies. eSports also plays on their own time to work on individual skill.

During the competitions the students are usually doing two things: playing a match against another school or taking notes on other schools’ strategies. This tournament was a 6v6 Overwatch tournament. Overwatch is a first person shooter game where each person has a certain role. At the end of the tournament at 7 p.m., there was a Grand Finals match where awards were given at a ceremony. The whole tournament was about nine hours.

“It was a really cool experience, and I don’t think I’ll ever forget it,” McGann said. “Our team really bonded, especially over having to spend nine hours together.”