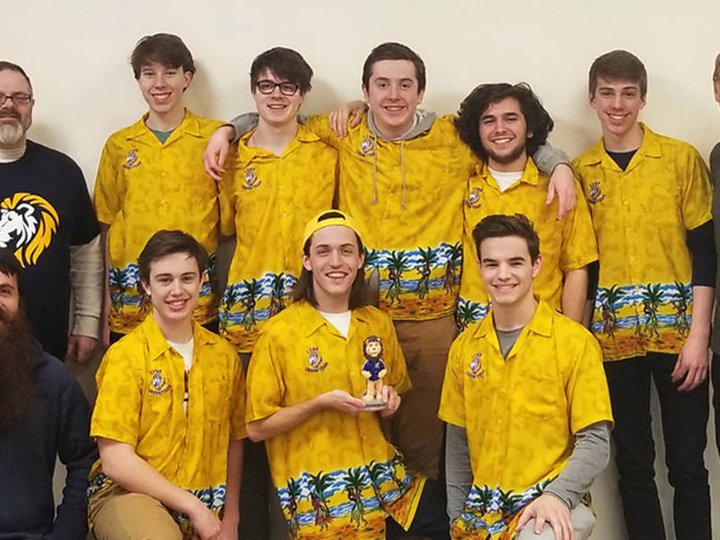 The chess team members who went to state (patch.com).

Despite the fact that the chess team started just last year, they have taken no time in gathering up dedicated members and even making it to state. By practicing twice a week and receiving help from professional chess players, LT was able to take nine of their Chess Team’s members to state.

During their respective sophomore and junior years Will Bernstein ‘19 and Michael Ahrens ‘18 had to show their dedication to playing chess by going to board games club, fellow teammate Henrick Turckes ‘19 said.

“They had to prove they had people who wanted to go for a full year,” Turckes said.

With the help of LT paraeducator Ryan DePaola they were able to start the club during the 2017-18 school year.

“We started the process sophomore year and we chose when to practice,” Bernstein said. “We chose to have two practices. One afterschool and one in the evening for those in sports.”

They had those practices on Thursdays and during the evening they would have informational sessions with a chess master.

“A chess master is someone who has played in a ranked tournament,” Turckes said. “They have to meet a certain rating to make the status of master. They would come and teach us strategies.”

They moved from 89th to 82nd seed during state, with only having been a club for one year.

“I never really did chess before,” Turckes said. “Will told me about it and I was really interested because a lot of my friends were in it. I think it has been a really good opportunity for people to try it out. You don’t need to be on the team [to join the club] you can just play.”