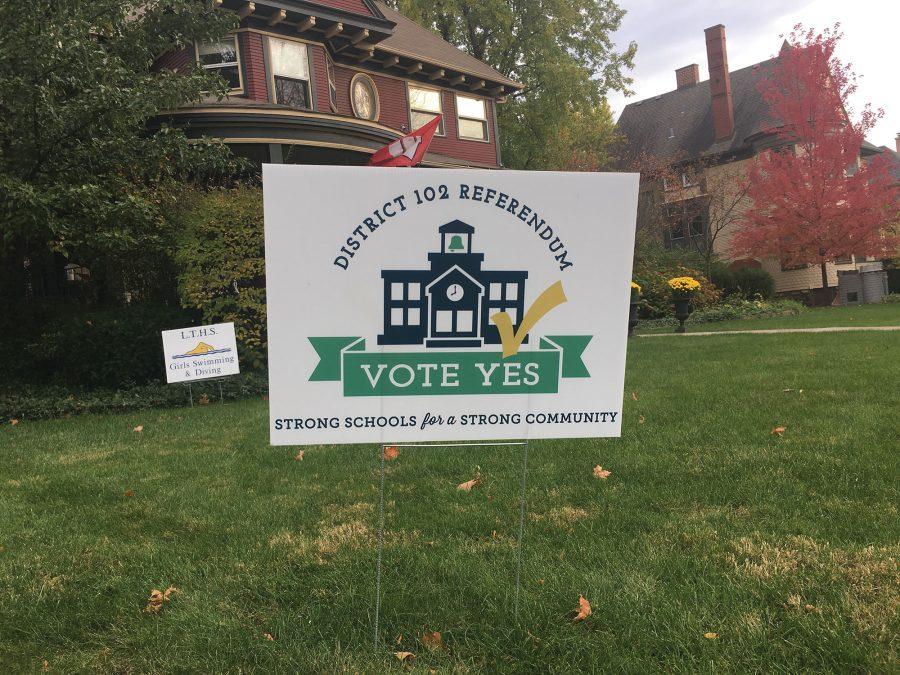 While people are fixated on the polarizing presidential election on Nov. 8, the people of La Grange, La Grange Park and Brookfield are also heading to the polls to decide on a measure that would increase property taxes to help fund School District 102.

The referendum is aimed at preventing the district from having to axe programs like Band, Orchestra and Foreign Language at the district’s schools, which has been operating on a $2 million deficit, officials said.

Dr. Kyle Schumacher, District 102 Superintendent of two years, said that he would find it concerning to not have an arts program a school, which could be cut if the referendum doesn’t pass on Nov. 8.

“I’m a former band director myself, so the idea of having a school that doesn’t have the art’s is troubling to me,” Schumacher said. “Teachers are worried about that for their personal perspective, from a job, but also worried about what it would mean for our kids from La Grange 102.”

If the referendum passes, tax payers will produce $3 million in extra revenue for the district, with a tax increase of $112 for every $100,000 a taxpayer’s house is worth, board officials said. The increases would come into effect at the end of the 2017-2018 school year.

In addition, if the referendum doesn’t pass, class sizes will likely gradually increase too as teachers retire and the district doesn’t find people to fill those position, Schumacher said, in addition to decreasing the number of programs offered.

Signs have spurted up on lawns across the school’s feeding area imploring voters to “vote yes” on the referendum. The signs aren’t distributed by the district, but by a committee of community members who are for the tax increase.

The tax increase will be used to offset the costs that comes with staff members and the “literal operation of the school,”  Schumacher said. Of the district’s expenditure, 82 percent of the costs relate to labour, including teachers benefits.

The school has already taken some cost cutting measure recently, deciding to withdraw from LADSE, an outside organization that provides special education services for schools who pay membership fees for their services.

The administration estimated that the district would save $298,000 if they withdrew from the program, while at the same time offering the same number of services that LADSE offers, Schumacher said.

Scotty, who is a supporter of the referendum, admitted that the measure may have some opposition, but hasn’t seen any organized efforts to bring down the referendum.

“There are clearly people who are not in favor of it who don’t want to see their taxes go up any more,” Scotty said “We live in a community that has a relatively high property tax rate, so I get that people are opposed to it, but I haven’t seen any organized opposition.”

However, officials said that this referendum has been a long time coming, but has been put off due to the economic environment at the time.

“The last time we passed a referendum was 1996, 20 years ago,” Scotty said. “Any referendum like this is suppose to last five, six, seven years before we have to ask again—this has lasted 20.”