Reber Center still under construction, the show goes on 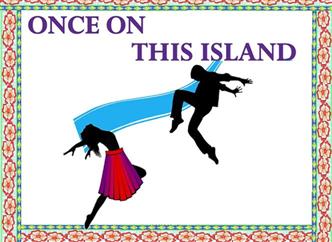 The Reber Center has been a construction zone since summer, and with large-scale productions like the musical “Once on this Island” scheduled to be performed in the PAC at SC instead of the Reber, slight complications have arisen.

“You can always expect that when things are this big, there’s going to be surprises, but the surprises are both positive and negative,” musical director Eugene O’Reilly said. “When you find out you can do something very different in a space, it’s just very exciting.”

While much is expected for the new and improved Reber Center, producing “Once on this Island” on a different stage has caused obstacles.

“It’s a lot more difficult having to perform in the PAC because there’s a lot less space for the cast,” lead cast member Sam Scriba ‘16 said. “It’s the same size cast in a space that’s half the original size of what we are used to.”

Issues like these call for solutions that are not always ideal for a bigger production. Incorporating larger set pieces has been a challenge and there has been a necessity to downsize, Scriba said. Although a nuisance, performing the musical in the PAC has resulted in a few positives for the actors.

“We’ve actually had more availability with the PAC, so it’s been nice because we get to use the stage more than we normally would,” Scriba said.

The PAC fits up to 350 people, and an average night of attendance for the school musicals is anywhere between 300 and 400 people, according to O’Reilly.

“The numbers of the audience won’t change too much,” O’Reilly said. “But it will still seem like we’ve sold out, where in the Reber Center it would look like there’s still plenty of seats available.”

The sound system and voice acoustics in the PAC are more ideal than the old Reber, Scriba said.

“Compared to the old Reber, the sound system in the PAC is much better,” Scriba said. “It’s easier to talk and project your voice because it’s a smaller space.”

While the show goes on in the PAC with minor adjustments, the Reber Center construction is in full swing as total remodeling from sound-system improvements to new seats is taking place.

“It’s a lot of detail,” O’Reilly said. “The biggest difference is the thrust stage is gone and the orchestra pit is back, so the front shape of the stage has changed and therefore the shape of the seating has changed a lot, so that will be the first thing people will notice.”

Other improvements include a conjoined greenroom and makeup room, light and sound operations on the floor of the theater rather than in a booth above the audience and new curtains, O’Reilly said. The Reber Center construction requires performers to adapt to new, smaller venues, but the enhancements soon-to-be-revealed in the Reber seem to be worth it.

“I’m glad it’s being rebuilt,” Scriba said. “It needed a lot of work. The sound system was awful, and it was falling apart because the stage had bumps and holes in it, which can be dangerous.”

The Reber Center is still estimated to debut around spring break, and assuming all goes to plan with construction, the Eurhythmics Dance Concert will be performed in LT’s brand new theater. “Once on this Island” will be performed Feb. 19 and 20 at 7:30 p.m. and Feb. 22 at 2 p.m. and 7 p.m. in the PAC.

“Originally it was a challenge,” O’Reilly said. “But it’s turned into quite an exciting new adventure.”